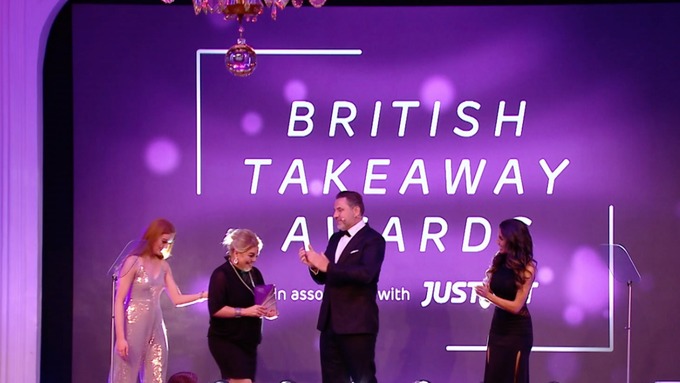 Railway stations and trains across the north of England and Scotland had life-saving defibrillators installed, to help customers who suffer a heart attack or cardiac arrest.

2019 marked the 125th anniversary of Manchester City Football Club and to celebrate with an exclusive Puma shoe at Size? in October.

Blossoms revealed the details of their new album, Foolish Loving Spaces, which is set to be released early in 2020.

With less than 90 days to go until the big day, the word ‘Christmas’ was already the most searched term on John Lewis & Partners’ website as they opened their pop up Christmas shop.

One of the world’s rarest mammals, the eastern bongo, was been born at Chester Zoo. Zoo experts hailed the female calf’s arrival as “incredibly important”.

Plans were submitted to Manchester Council for what will be the first new park in Manchester City in more than one hundred years.

Takeaways from Manchester, Oldham and Stockport will be heading to the British Takeaway Awards (BTAs) at The Savoy in 2020 as the shortlist for the award was announced in October.

A prototype for a graphene-based smart suitcase made of 100% of recycled plastic was developed in collaboration with The University of Manchester.

A Rochdale pub (Flying Horse) romped away with the Greater Manchester Pub of the Year award for the second year running.

Mancunian rapper Aitch had a huge 2019 coming to fame. He appeared on JD’s podcast in October speaking of when he used to walk to his job on a building site in Manchester with plasterboards covering his face so no one would recognise him.

One of Manchester’s greatest mills, which stood at the very cusp of the Industrial Revolution, delved deeper into the working conditions of those who lived and worked at Quarry Bank in an exhibition, ‘A Healthy Profit.’

Worsley’s Greyhound pub was acquired by new owners, Green & Salmon who partnered with Star pubs and combining a total investment of £750,000.

The Lowry Hotel introduced ‘The River Restaurant’ and ‘The Lowry Lounge and Bar’, the re-invented iconic riverside space, boasts not only bespoke, chic and luxury interiors but also outstanding locally sourced, seasonal food.

The crew at El Camino moved back for good, permanently taking over the old Get Chucked site.

Forty years ago, Manchester City Centre was hit by tragedy as ten people perished in a fire at the Woolworth’s store in Piccadilly Gardens. In October a film on the fire was shown for the first time.

Taking inspiration from the famous night of the 26th May 1999 when the world witnessed Sir Alex Ferguson’s Manchester United winning a dramatic Champion League Final, Adidas Originals announced that they were teaming up with Manchester United for their annual collaboration.

We spoke to the two twin founders of Perky Pear, Stockport locals Samantha and Charlotte Ryder, who stormed their way onto the business scene with their start-up in breast lift and shape tape.

Hotel Football, a venture begun by the Class of 92, revealed their afternoon tea menu,  served on the ground floor in Cafe Football.

We asked the question – Could the first Western movie have been filmed in Blackburn?

Mancunian grime artist Bugzy Malone used JD’s podcast to launch a scathing attack on the people in the music industry, stating that there was more respect for his lyrics in when he was in jail.

Curtain Up Next Week on New Homelessness Play Parallel