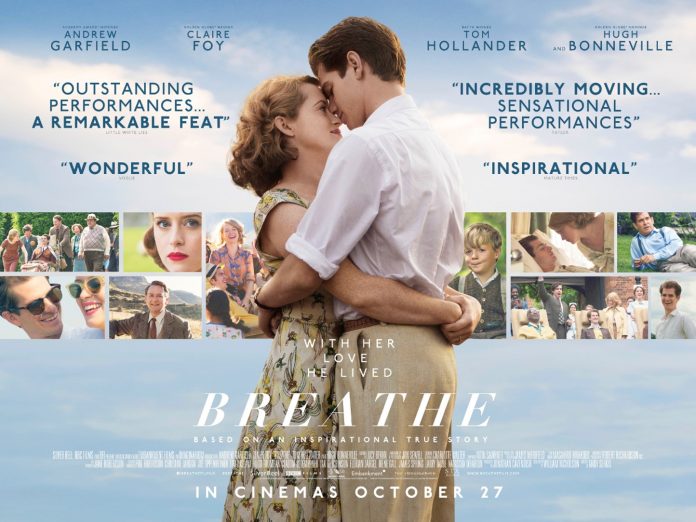 For one night only on Wednesday 4 October, the London Film festival will be coming to
Didsbury with a live stream of the red carpet followed by the European premiere of Andy
Serkis’ directorial debut, BREATHE.

Based on the true story of Robin Cavendish, BREATHE is a heart-warming and highly
emotional celebration of bravery and human possibility which at its heart is a love story
about living every breath as though it’s your last. The film stars Andrew Garfield (Hacksaw
Ridge) as Cavendish and Claire Foy (The Crown) as his wife Diana.

BREATHE will receive its European premiere on Wednesday 4 October at the Odeon
Leicester Square*, but thanks to headline sponsor American Express®, it will be
simultaneously streamed live into cinemas in 28 participating regional cinemas.

The screening will take place at Cineworld, Parrs Wood Entertainment Centre, Wilmslow
Rd, Manchester M20 5PG and is free of charge. To get closer to the action and be one of the first to see this truly inspirational film then head to www.seeitfirst.com/Amex2017 now to register for tickets.