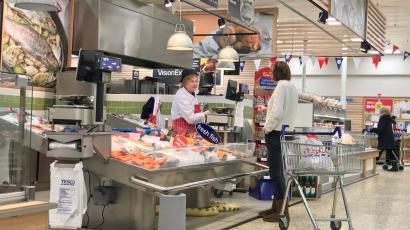 Millions of employees in lower-paid and middle-income jobs have had real pay reductions over the last decade, according to new TUC analysis published today.

The analysis looks at how occupational hourly pay has changed. It shows that, although the very lowest paid have benefited from minimum wage rises, millions of other workers in low and middle-income jobs have had real pay reductions since 2010.

The TUC says that the rise of 5% is largely due to the positive impact of raising the National Minimum Wage faster than inflation.

The TUC says that the negative impact of austerity on the economy, along with a lack of collective pay bargaining rights, are largely to blame for low-to-middle earners suffering this loss of living standards.

The TUC says that this shows that middle-class earners have shared the negative impacts of austerity on living standards alongside those in working-class jobs; and they have common cause in needing stronger pay bargaining rights.

While the percentage rise is slightly behind the lowest earners, the cash increases are much higher than for any other workers.

The research is part of a TUC project looking at the opportunities on offer for the working classes in Britain today.

The TUC says the findings of today’s analysis show that austerity has had a bigger impact on many working-class jobs than higher-paid work. And without stronger pay bargaining rights, it will be very hard for those workers to gain fairer pay.

The findings also show that women, and black, Asian and minority ethnic (BAME) workers are more likely to be in lower-paid work.

The proportion of the overall workforce that is female is 49%. But women account for 64% of the lowest earners (those paid less than 75% of average pay) and just 39% of those in jobs paid at least twice average pay.

The BAME proportion of the overall workforce is 12%. But BAME workers account for 15% of the lowest earners, and just 10% of the highest earners.

“Every job should pay a fair wage that keeps up with the cost of living. But many people in working-class jobs have had their real pay cut, while the best paid got rises.

“It’s not right that people who have slogged away for a decade to rescue Britain from the banking crisis are still paying the price. Working-class values like hard work should be rewarded with decent pay and security.

“The government should concentrate on rebuilding good working-class jobs with decent pay. We need a new deal at work with stronger rights, starting by giving everyone the right to be represented by a union so they can bargain for better pay.”

Tory Brexit could cause shopping bills to rocket £800