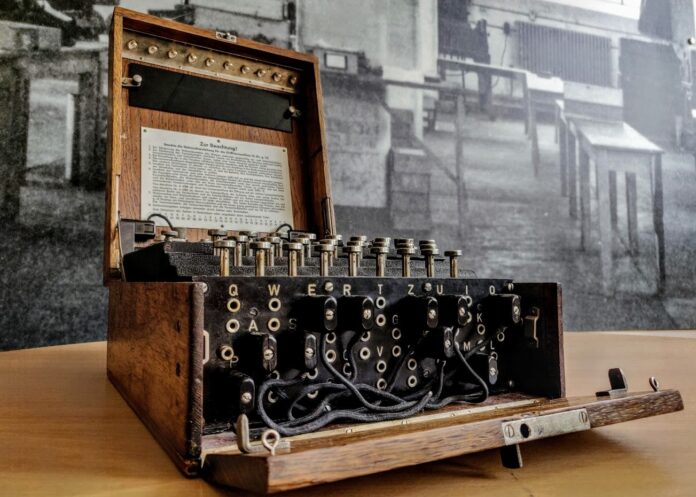 The architect of Alan Turing’s pardon and Turing’s Law has called on tech giants to step in and save the WWII hero’s memory.

The calls come after the trust that runs the Bletchley Park museum, where Turing worked, says it will lose £2m and a third of its workforce due to Covid-19.

Alan Turing was a pioneering English computer scientist and mathematician whose groundbreaking work is estimated to have saved up to 21 million lives by bringing the war to an end four years early.

He was a mathematical genius and often described as the father of modern computing and artificial intelligence. Much of his work was conducted at The University of Manchester.

The museum at Bletchley Park houses Enigma machines used by the Nazis to generate secret code, as well as the giant computers designed Turing to crack those codes. A new £5m visitor attraction was built in 2011.

Equal rights campaigner John Leech led a decade-long campaign to pardon Alan Turing but his efforts in Parliament were blocked multiple times. The frustrations prompted Leech to slam the long-held conviction as “utterly disgusting, and ultimately just embarrassing for this country” in a heated debate in the Commons.

Pressure from the Liberal Democrat MP continued to mount for ten years, gaining immense public support from physicists such as Stephen Hawking before the Government caved in, and agreed to apologise and pardon Turing posthumously.

Following the victory, Leech turned to demanding and eventually securing pardons for the 75,000+ other men and women convicted of the same outdated crime – now nicknamed Turing’s Law.

But this week, in what should be the beginning of Manchester Pride, John Leech has written to the CEOs of the Big Five tech giants calling on them to step in and help fund the trust.

He warned that the museum must be preserved to protect Turing’s legacy and remind society of “the dark stain in our history.”

The Big Five tech giants comprise of Facebook, Amazon, Apple, Microsoft and Google, and have a combined market capitalisation of over £4.2 trillion.

“It is almost impossible to put into words the difference that Alan Turing made to society and the world we live in today.

“Yet the way he was treated remains a national embarrassment to this day. It is an example of society at its absolute worst, and we mustn’t be allowed to forget the dark stain in our history.

“Everything in Turing’s legacy is important; the pardon, and opposition I came up against fighting for it, the pardons for the thousands of others, his rightful place on the £50 note, the films and, of course, Bletchley Park and the museum.

“They all serve as stark and rightfully painful reminders of what we lost in Turing, and what we risk when we allow that kind of hateful ideology to win.

“The likes of Facebook, Amazon, Apple, Microsoft, and Google would not exist without Turing’s work. Given what we all owe, how much these tech giants owe to him, and his immeasurable contribution to ending World War II several years early, would it not befitting for these companies to step in and help keep his memory alive?

“A tiny contribution, that these companies wouldn’t even notice, would make a huge difference in keeping Turing’s legacy alive and the lessons from his mistreatment. It is not only vital for our history, but it’s the right thing to do.”

Half a million cancer suffers take financial hit during pandemic