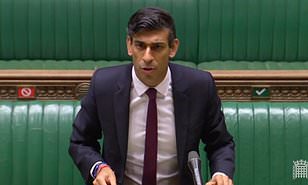 UKHospitality Chief Executive Kate Nicholls said: “The announcement of further restrictions yesterday was a significant hammer blow that will inevitably depress trading. It was crucial that the Chancellor delivered support today that specifically targeted the hospitality sector which has been hit harder than any.

“The announcement of flexible employee support is a move in the right direction, but hospitality needs more targeted efforts to support jobs. Almost 1 million people in our sector are still on furlough. We need Government to go further in hospitality, recognising the greater restrictions imposed upon us, and pick up the full cost of unworked hours. This would be a relatively low cost for huge reward for our workforce. Full support to sustain people in their jobs during what could be a pretty bleak winter for hospitality would be a great step forward.

“Looking ahead, the extension of the VAT cut was absolutely critical. UKHospitality had pushed hard for it, so it is great to see the Government taking note of our major concerns about recovery into 2021, though this must be extended further. The announcement of longer tax deferrals and the option of longer loan repayments should deliver some much-needed breathing room for employers.

“Things were looking grim for our sector yesterday and we were desperately hoping for some good news. The Chancellor has given us some reason to be positive again, but we urge him to engage with the trade on specific measures to keep people in work. While some of these measures announced today will give businesses a future to shoot for, and hope that they can begin to rebuild, we are still not out of the woods.”

Dame Carolyn Fairbairn, CBI Director-General, said:
“These bold steps from the Treasury will save hundreds of thousands of viable jobs this winter. It is right to target help on jobs with a future, but can only be part-time while demand remains flat. This is how skills and jobs can be preserved to enable a fast recovery.
“Wage support, tax deferrals and help for the self-employed will reduce the scarring effect of unnecessary job losses as the UK tackles the virus. Further business rates relief should remain on the table.
“Employers will apply the same spirit of creativity, seizing every opportunity to retrain and upskill their workers.
“The Chancellor has listened to evidence from business and unions, acting decisively. It is this spirit of agility and collaboration that will help make 2021 a year of growth and renewal.”

Meanwhile the IPSE has described the measures as “woefully inadequate”. Government must do more for the self-employed, especially forgotten freelancers who face “dark winter ahead”

IPSE has said that although it is right to extend the scheme, in its current form it is “woefully inadequate”, particularly as it still excludes one in three self-employed people, such as limited company directors and the newly self-employed.

“Limited company freelancers and the newly self-employed almost entirely missed out on support in the last lockdown and have faced bleak months of financial devastation. Now they face a dark winter ahead unless the government does more for them.

“Based on the drastic financial hit self-employed people took in the last lockdown, the new 20 per cent cap on support is likely to be nowhere near enough. As well as plugging the gaping gaps in support, government must follow the situation closely and be ready to raise the amount of support SEISS offers if needed.

“The self-employed sector has already seen a record drop in the first half of 2020 because of the unnecessarily large gaps in government support. The self-employed are vital for the economy and will be essential for economic recovery, but to play their part, they must get the support they need now. Government must do better for them.”