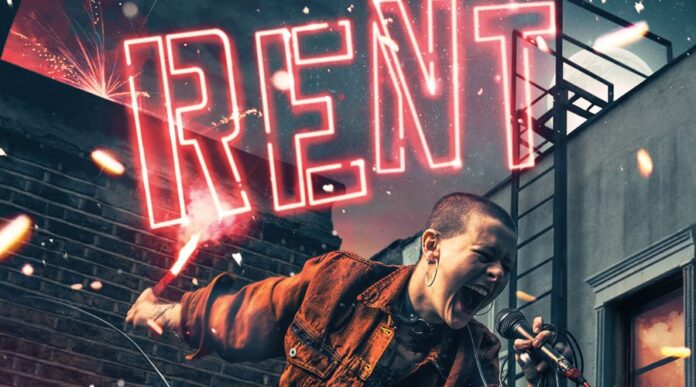 The cast and full creative team has been announced for Hope Mill Theatre’s hotly-anticipated revival of the classic rock musical RENT, directed by Luke Sheppard.

The 12 company members, who were originally cast back in February are finally getting the opportunity to come together for this special revival of the much-loved musical.  The cast will receive a Covid-19 test prior to being placed in one household (bubble) for the length of the run in Manchester.

Artwork by Feast Creative and video content by The Umbrella Rooms.

“This production of RENT is about placing this groundbreaking show in the hands of a new generation of exceptional musical theatre performers, and as we have shifted the lens on the production over the last months, the promise of this cast telling this story in these extraordinary times has felt increasingly vital. Most of them have been waiting in the wings since we cast the production at the start of the year and I’m enormously grateful for their patience and commitment. The Hope Mill Theatre continues to work tirelessly to make this production happen in a safe and secure way and it’s a privilege to be working with this visionary venue to bring this special production to the stage.”

With some performances including all Previews sold out and many close to selling out the venue is urging audiences to not delay and grab a ticket whilst they can.

Hope Mill Theatre will be operating with strict COVID guidelines in place in line with the Government guidance for the performing arts.

This will include operating at 50% capacity per show with audience rows spaced 2 metres apart and a transparent safety screen separating bookings.

The show will rehearse with social distancing in mind and in a COVID-secure environment. The venue will be clearly signposted with essential information and will put in place hand sanitising stations, extra toilets for patrons, staggered arrival times and temperature checks on arrival.

The theatre space will be fully sanitised before each performance and audiences will be asked to wear face coverings during the show or visors for those who are exempt.