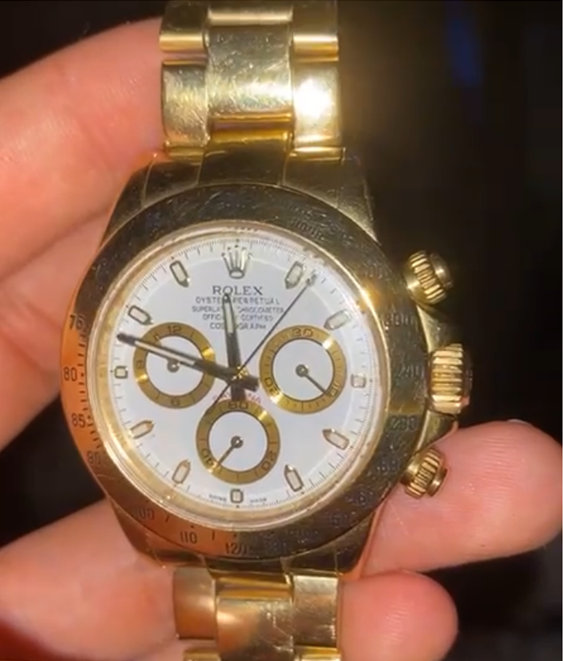 A woman was confronted by three masked men who gained entry to the address before pinning her down, pulling a Rolex watch off her arm.

The woman was left with minor bruising to her arm.

Detective Constable Steve Matthias, from GMP’s Trafford division, said: “The family are understandable very shaken and distressed from this ordeal.

“The woman was attacked by three men in her own home and we’re determined to catch those responsible.