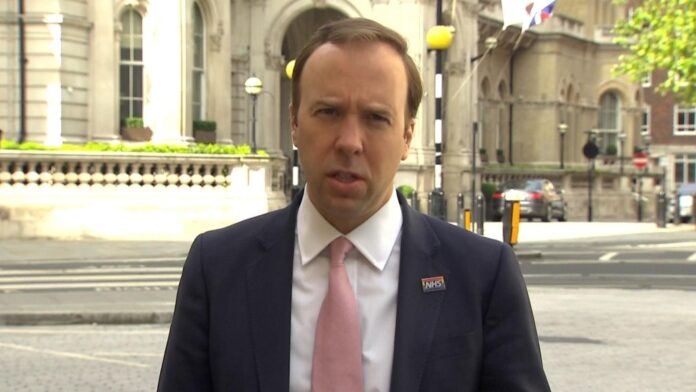 The Health Secretary Matt Hancock has said that after being under restrictions for more than a year, putting Bolton back into lockdown when asked about regional restrictions is not a step we want to take, but of course we might have to take it”.

Speaking on Sky News Hancock said that he has a “high degree of confidence” that the vaccine will overcome the Indian variant. and urged those who are eligible but who yet had it, to come forward.

Hancock later told the BBC five people in hospital in Bolton with COVID had had one vaccination, and one person had had both jabs, but was “frail.”

The “vast majority” of those in hospital with the virus had not had a vaccination, but were eligible.

On the decision for all restrictions to be lifted he told the show that it’s “too early to tell” whether June 21 date will be delayed – but data will be monitored and a decision announced on June 14.

He also denied that the Government was too slow to put India on the red list. saying that the variant only became of concern after country was put on red list.

He also pointed out that at that time there were three times more positive Pakistani cases arriving than Indian ones.