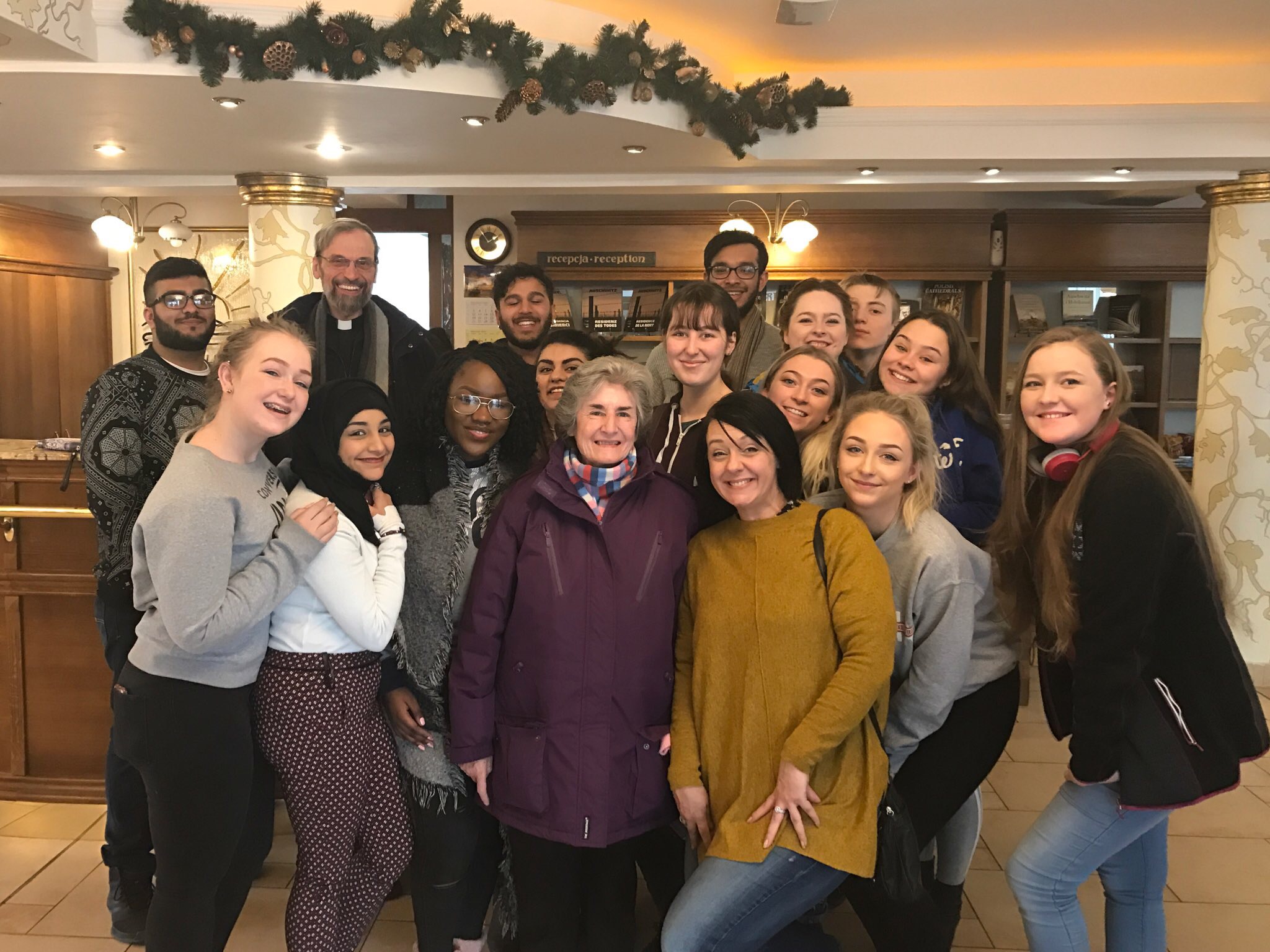 Oldham Youth Council and Oldham Theatre Workshop members took part in an educational trip to Poland to learn about the Holocaust.

A party of 26 young people visited the former concentration camp, Auschwitz, Birkenau, in Poland, on a five day trip as part of Oldham Council’s ‘Listen to the Earth’ project.

The collaborative international multimedia project, which has been running since 2009, aims to raise awareness of the Holocaust and past genocides – and encourage people to eradicate hate.

The visit also enables young people to develop sensitivity and understanding towards past issues.

The journey began on 5 January in Oswiecim, Poland, where students stayed at the Centre for Prayer and Dialogue – an education centre.

Whilst in Poland the group met with a Righteous Gentile, a person – non-Jewish – who has received an honour for risking their life during the Holocaust to save Jews from extermination.

She told the heroic story of how her family risked everything to save the life of a young Jewish girl.

The group also visited the Jewish Quarter in Krakow, explored the Auschwitz camps and met the Archbishop of Canterbury, Justin Welby, who was on a retreat with other members of the Church of England. Students were able to discuss the work they were doing in Oldham with the Archbishop.

Oldham Theatre Workshop members were also able to showcase their talents as they treated staff and visitors at the centre to an original performance.

The project aims to build leadership skills within young people so that they can stand up to discrimination.

Jodie Barber, Youth Service Manager for Oldham Council, said: “It was such a special experience for the young people – but also myself and the staff that attended.”

“I think the trip has resonated with the students and I also hope that in the future they become role models to others in Oldham.

“All of the work the students undertook will be accredited by the AQA unit award scheme.”

Following the trip Oldham’s Youth Council will be hosting an ALLY conference, on Tuesday 21 February at Oldham Coliseum Theatre.

Holocaust Memorial Day is taking place on Friday, January 27. It gives everyone time to pause and remember the millions of people who lost their lives, or whose lives have been changed, during the Holocaust and subsequent genocides.

Planned Metrolink strike is called off