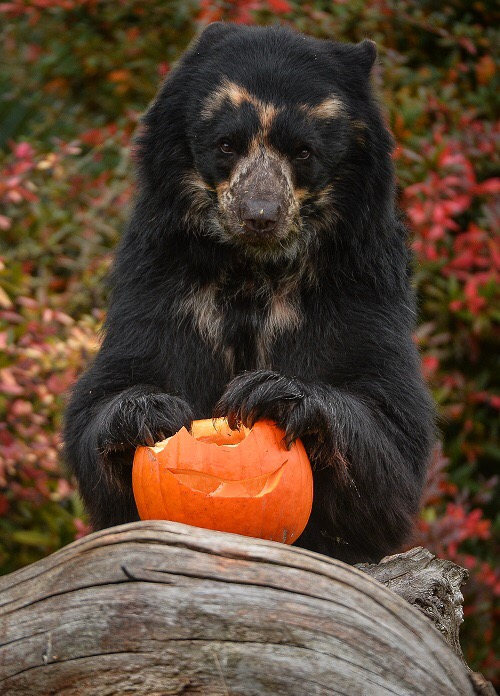 Keepers filled pumpkins with tasty treats and animals had to use their own unique skills to eat, play and explore.

The treats were provided during October half term to coincide with a new family friendly spectacular, The Enchantment of Chester Zoo, which is running every day until 31 October.

The event aims to raise awareness of misunderstood animals often associated with Halloween.

The festivities, which are free to visitors, shine a spotlight on the incredible nocturnal animals at the zoo using spectacular acrobats, musicians and costumed characters. As an evil sorcerer tries to steal the superpowers of the nocturnal animals, families are tasked with breaking the spell.

The Enchantment of Chester Zoo has been specially created for the zoo by the pioneering live experience experts at Wild Rumpus and runs 10am – 2pm each day from 22 – 31 October 2016. It is free with zoo entry, but booking is advised to guarantee a place via www.chesterzoo.org.