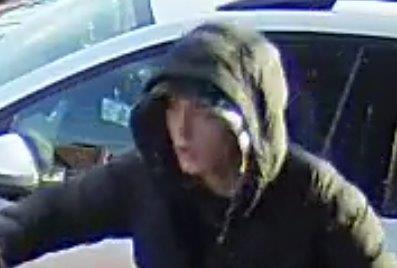 Police investigating an arson attack on a house in Moston earlier this month have released CCTV images of a man they want to speak to.

The fire broke out at a property on Bordale Avenue on the evening of the 5th September.

Emergency services attended and the fire was extinguished.

A family of four, including two children, managed to escape from the house and thankfully no one was injured.

Two men, aged 18 and 20, were arrested on suspicion of arson with intent to endanger life.

They were later released under investigation pending further enquiries.

Detective Constable Christopher Preston, of GMP’s City of Manchester division, said: “Luckily the family who were in the property at the time were able to escape before the flames tore through their house.

“Their home has been completely destroyed in the fire and they have lost everything, but the consequences of this arson attack could easily have been fatal and it is vital that we find those responsible.

“We’re keen to speak to the person in these images in connection with this incident.

“If you recognise this man, or if you have any information which may assist our investigation, please get in touch with police as soon as possible.”