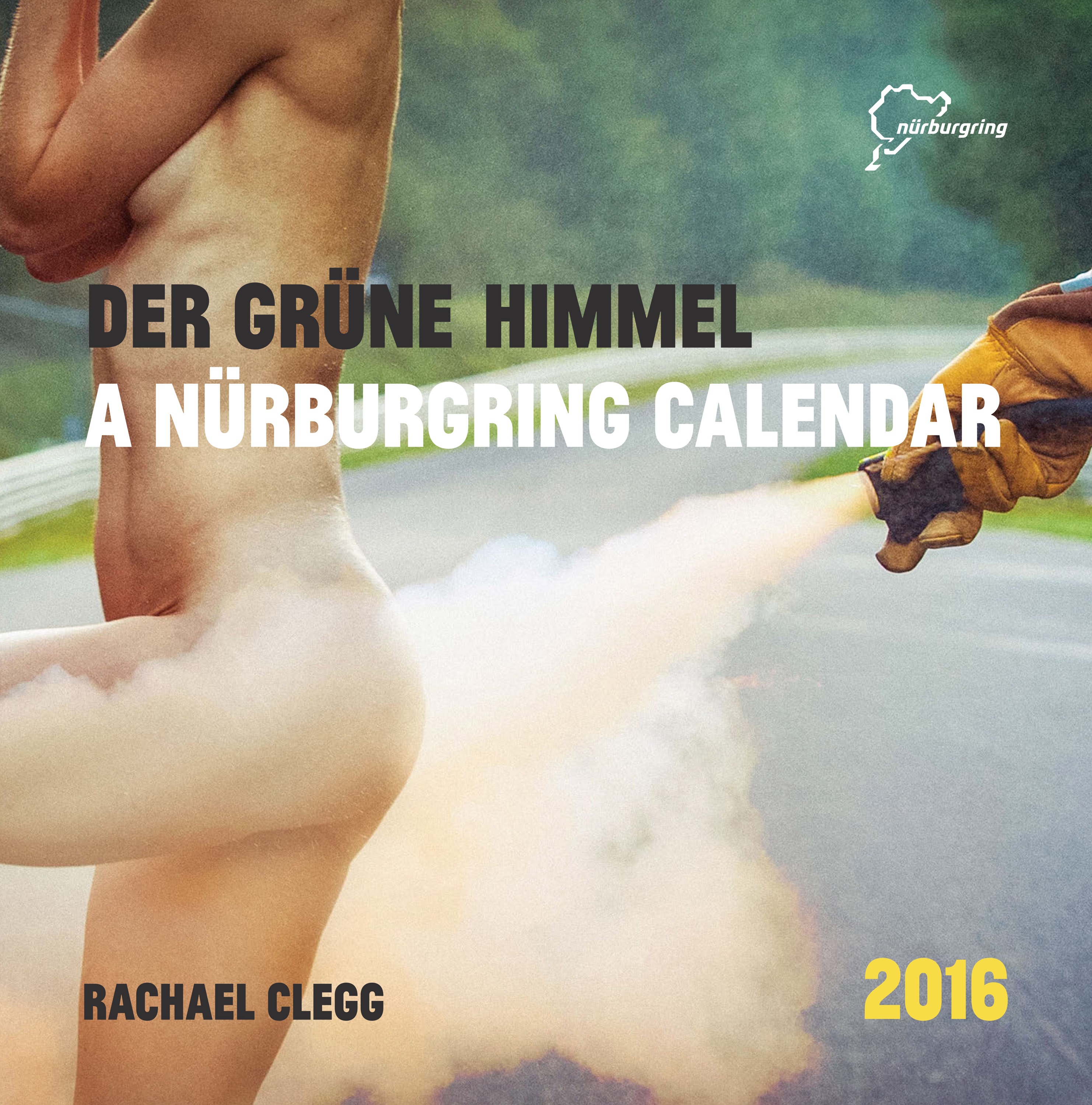 Pirelli has ditched the semi naked supermodels for its 2016 calendar and Playboy’s kissed goodbye to its nude centrefold. The trend, it seems, is to get your kit on – not take it off.

That is, unless you’re an eccentric history buff with a penchant for the female form and very famous race circuits.

Enter Rachael Clegg, an artist and journalist from Rochdale, near Manchester, whose calendars have become something of a cult in the motorsport world.

And it’s not hard to see why. Clegg’s images are carefully-composed surreal art nude ‘happenings’, each recreating an event in history. In her latest calendar, each month re-enacts an historical tale about the most dangerous purpose-built race circuit in the world: the Nürburgring.

Known as Der Grüne Himmel: A Nürburgring Calendar, this witty, silly and evocative collection of images is thanks to more than two years’ worth of planning and research, including interviews with Sir Stirling Moss and Derek Bell. The calendar’s title – which translates in English as ‘the Green Heaven’ – nods to Sir Jackie Stewart’s christening of the circuit ‘the Green Hell’, which is something – Clegg believes – of a misnomer, given the circuit’s stunning vistas and sweeping bends.

Clegg’s research has shaped the calendar’s pictures so that each month – through word and image – captures a moment in history (albeit bizarrely recreated). June’s image, for example, depicts Rachael being sprayed with a fire extinguisher, to mark Sir Stirling Moss’ fracas with blinding foam after his own fire extinguisher exploded during the 1952 Eifel meeting.

But that’s just one example. The calendar progresses through the track so that 12 months is equivalent to one 22.8 km lap, taking in some of the world’s most iconic motorsport scenery at the same time.

Clegg started her rather unusual career of designing and posing in surreal art nude calendars three years ago with her breakthrough Milestones calendar series about the Isle of Man TT races. Created on less than a shoestring of a budget, the series gained a rapidly-grown following in the motorcycle world culminating with her being voted one of GQ Magazine’s ‘hottest women’ in Dec 2014.

Her father, Noel Clegg, and grandfather, Tom Clegg, were both TT riders so she spent the majority of her childhood watching her father race. She knows the TT course ‘like the back of her hand’.

Clegg also worked at Tate Liverpool, has a first class degree and MA in art history from the University of York, taught art at secondary school and has worked as a features and motorsport writer since 2007. Der Grüne Himmel, along with her Milestones TT calendar series, fuse these otherwise disparate career paths to create a crazy cacophony of fact, word and image.

“I’ve been going to the TT all my life and more recently, the Nürburgring. Nothing can quite sum up quite what a sensational and utterly bonkers experience it is to see machines soar past on these spectacular circuits.”

As for the nudity, she says: “The nude form adds a touch of the absurd to any situation, which makes for a lot of fun when telling an historical tale. It’s also been the subject of images for hundreds of years, so why it’s suddenly being questioned is beyond me. An intelligent debate that addresses the nuanced appeal of the naked form is desperately needed. Nudity is not always sleazy. And nude photographs don’t always objectify the subject (indeed, I chose to be naked). However, sophisticated discussions aside, it’s bloody funny to see the expression on the Nürburgring’s maintenance man’s face as he drives past when you’re being sprayed with a fire extinguisher. I heartily recommend it.”

Der Grüne Himmel: A Nürburgring Calendar 2016 and Milestones: An Isle of Man Road Races Calendar are available to purchase on-line now from www.rachaelclegg.com