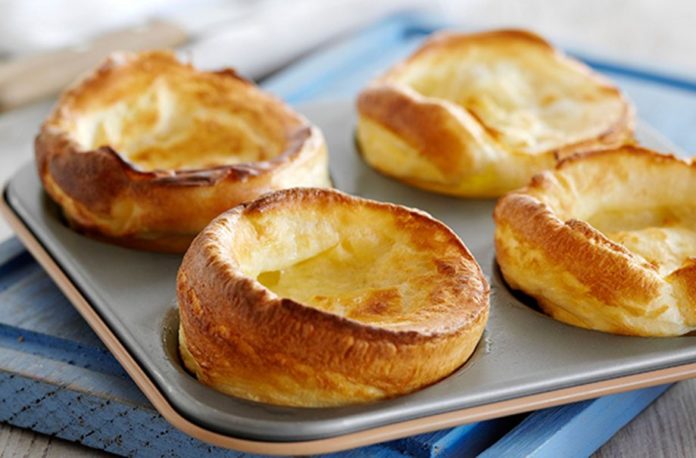 Dishes were ranked in five tiers, from “god” down to “c—p”.

Yorkshire puddings top the savoury list, with 85% of Britons who have tried them saying they that like them. They are followed closely behind by Sunday roasts and fish and chips on 84% each.

Crumpets are perhaps a surprise God Tier contestant, with 81% of Britons saying they like them – putting them level with a full English breakfast and bacon sandwiches.

Residing at the very bottom of the table are jellied eels. A mere 6% of Britons who have ever tried the gelatinous East London cuisine say that they have a taste for it.

Laverbread, a Welsh ‘delicacy’ made of seaweed comes second from bottom, with only 20% of those who have ever tasted a slice saying they enjoyed the experience. Unsurprisingly the dish is more popular in Wales itself, but even then only a third (35%) say they like the oceanic fare.

Generational differences are even bigger, although they are all one-sided with younger Britons being less likely to have enjoyed the foods than their elders. The most noticeable is the enormous 43 percentage point gap between 18 to 24 year olds and those aged 55 and over regarding liver and onion, with just 15% of the former liking it compared to 58% of the latter.

Turning to the sweet list, the results find scones sitting aloft the God Tier, with 85% of Britons saying they like them. They are joined by Victoria sponge, with 81% of people saying they enjoy the taste of our country’s most patriotic cake.

Sitting alone at the bottom of the table is Scottish invention the deep-fried Mars bar. Only 22% of those who have ever consumed the battered treat say they enjoyed the experience (a figure which rises to 30% in Scotland itself).

Male and female opinion is less divided on deserts, with the most noticeable difference being the 11 point gap on Eton mess, at 75% versus 64%.

Big generational gaps persist, however, with almost all of the big divides being young people liking classic desserts less: only 34% of 18 to 24 year olds who have ever had Christmas pudding like it, compared to 70% of the over 55s. Likewise 38% of the young folk enjoy Eccles cake compared to 64% of their elders, and spotted dick is liked by 37% of juniors compared to 62% of seniors.

There is, however, one food item that the younger generation are more likely to enjoy than their elders; the aforementioned deep fried Mars bar, which 47% of 18 to 24 year olds who have ever tried one enjoy compared to just 7% of those aged 55 and over who have done so.