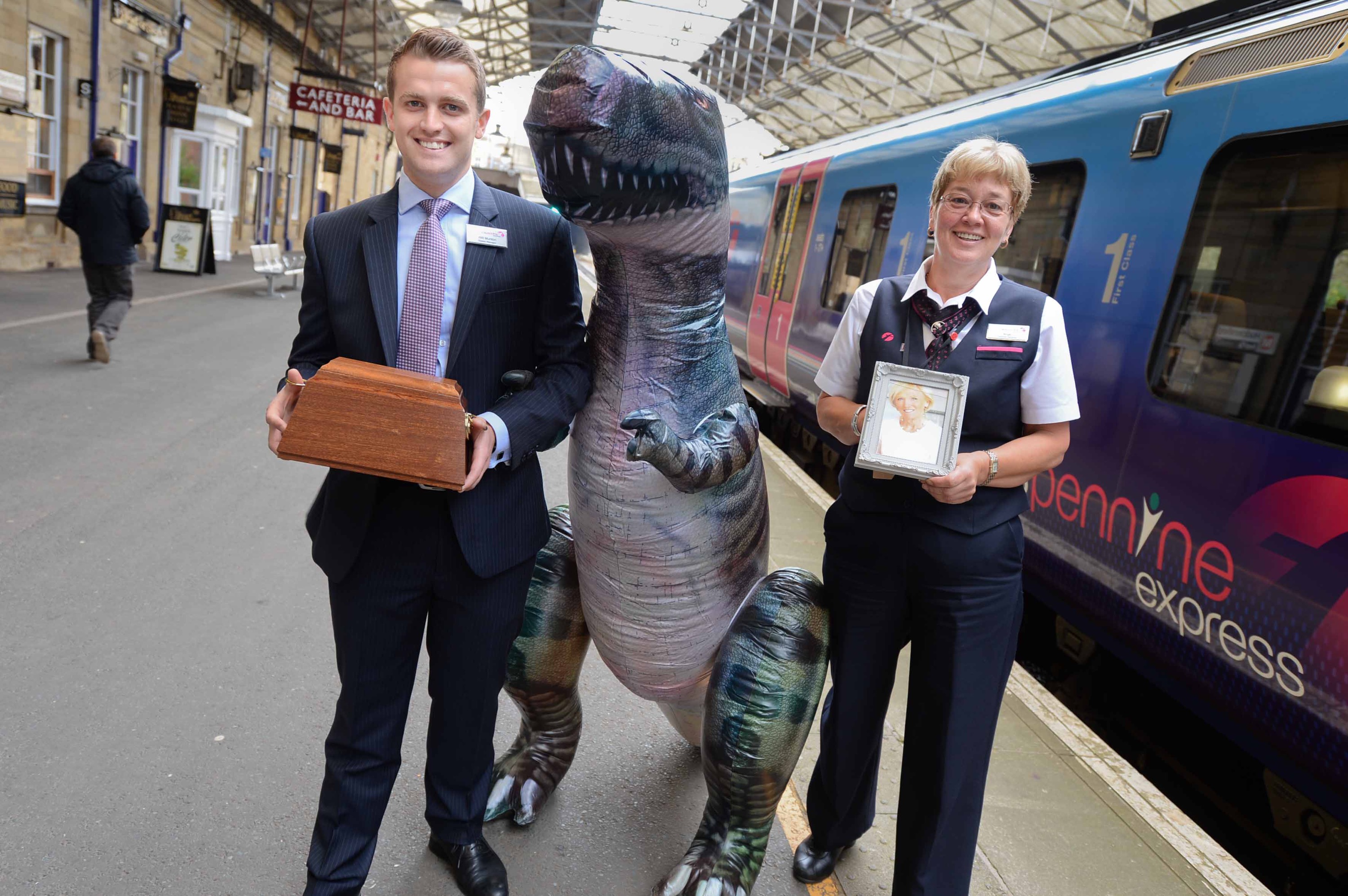 A six foot inflatable dinosaur, a framed photo of Mary Berry and  a wooden casket are among the thousands of items that we leave on our trains.

First Transpennine Express announced the contents of its Lost and Found department’s annual audit, revealing the most weird and wonderful list to date this morning.

Over the year, the millions of customers that have passed through its stations and boarded its trains have left behind over 1,300 wallets and purses, 600 umbrellas, 120 bags of shopping, 70 pairs of glasses and 30 laptops.

But it seems to be mobiles that passengers lose the most, with a whopping 2,000 being found by staff. Other findings by the rail company included 73 soft toys, 62 dummies, 21 bottles of aftershave/perfume, 6 guitars and 8 hen sashes.

As well as auditing all found items, the train operator also recorded customer enquiries into their lost goods, revealing some surprising results: although mobiles are lost the most, enquiries into them were low whereas with umbrellas, FTPE staff received over 200 calls.

There were also thirty calls into lost lunches, two calls into lost dentures, three calls into lost pets on the train, including a hamster, cat and lizard, luckily all of which staff found safe and sound, and even more peculiarly, a call regarding a lost wife.

Will Munton, First TransPennine Express’ West Yorkshire Station Manager, commented: “We deal with over 6,000 items of lost property every year including a number of more unusual finds, averaging more than 18 misplaced items every single day.

“As we cover such a large regional spread, helping travellers reach anywhere from Edinburgh to Blackpool Pleasure Beach, we expect to find some strange items when clearing out the unclaimed lost and found, however this year has really opened our eyes to the unusual. Luckily, we’re able to return a large amount of lost goods to their rightful owners, and we were thankful to return the casket in question to its loved one.”

At First TransPennine Express’ Lost and Found office, the primary goal is to locate and return thousands of lost items every year. For any items whose owners don’t come forward after three months, the company will donate small items, like umbrellas and clothing, to local charity shops. Cameras, laptops and anything of higher value go into an internal auction and all proceeds go directly to a nominated charity. Last year alone, the company raised around £1,500 for charity through unclaimed items that would have otherwise remained in its lonely Lost and Found department.