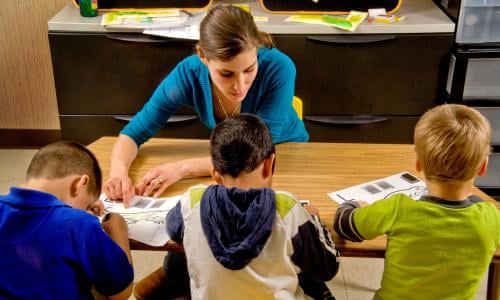 Government spending on support for children and young people with the most complex Special Educational Needs and Disabilities (SEND) has failed to keep pace with rising demand, resulting in a reduction in funds available per pupil of 17% across England, and 22% in the North according to new analysis by leading think-tank IPPR North.

In a report published today, researchers found that cuts to education and local government budgets have led to a dramatic reduction in support for children with less complex needs and have increased demand for more intensive support. They say that the current funding settlement for schools and colleges is “nowhere near enough” to provide the support that children and young people with SEND need and deserve.

Today IPPR North is calling on Government to view support for children and young people with SEND as “an investment in our collective wellbeing and a just economy”.

“The Chancellor has declared austerity to be ‘over’, and yet the crisis in funding for schools and colleges is only getting worse. Cuts to overall education budgets have left many without the support they need, particularly in the North, and have driven up demand for intensive SEND provision. Despite emergency government funding announced in December, the current funding settlement is nowhere near enough.

“This is a moral failure but it is also a failure to recognise the economic benefits of upfront investment in young people’s futures. For example, supporting one person with a learning disability into employment could increase their income by between 55 and 95%, and reduce lifetime costs to the taxpayer by at least £170,000.”

“If we are to build a Northern economy which is truly inclusive, then we must support everyone to participate fully in society.

“Everyone has the right to a fulfilling and independent life, which is why we are today calling on Government to invest in young people with SEND to ensure our collective wellbeing and a just economy”

Burnham hits out at ‘levelling down’ of pupil premium funding