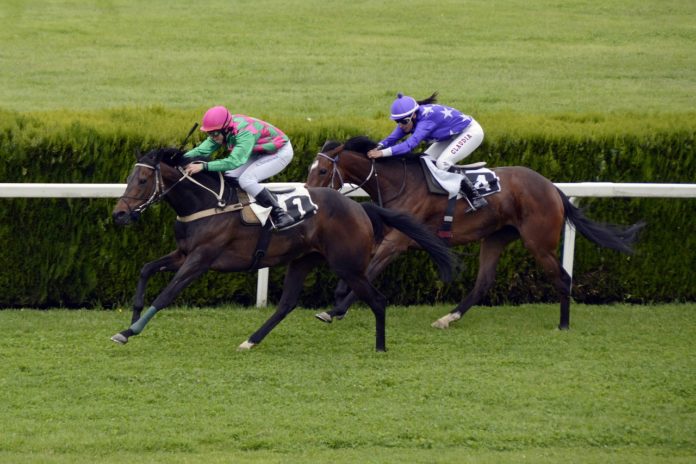 Racing horses is a pastime which has been enjoyed since before the written word and it still enthralls us today. The relationship between humans and horses goes back millennia, where we’ve seen them being used for work, leisure and of course sport. Here’s a look at our relationship with the noble animal over the years.

During the Babylonian, Egyptian and Greek Empires owning a horse was only for the wealthy, making horse racing a sport for aristocrats and socialites. The horses raced were commonly wild horses which had been tamed so the horse would have been shorter and sturdier than the modern counterpart.

Both chariot and mounted horse racing were held at the Olympic games in 648 BC. Although severe injury and death were common among participants, horse racing continued to gain popularity through to the Roman Empire which spent vast sums of money entertaining the population with games and combat sports.

Racing horses in England were first recorded in the year 200 AD in Wetherby, Yorkshire when a Roman garrison arranged a race with Arabian horses they had brought to England. The oldest horse race still run today is the Kiplingcotes Derby of 1519 in East Riding, Yorkshire. During the reign of Henry VIII, horse racing grew in popularity, and he invested large sums of money into breeding and importing horses.

Horse racing continued to grow in England until the civil war when the state requested most horses for army use. After Oliver Cromwell was removed from the throne, horse racing was re-introduced by Charles II by inaugurating the Newmarket Town Plate horse race in 1664. He remains the only king ever to win a horse race, having won it in 1671.

The rules of racing and etiquette were first laid down by the Jockey Club which was formed in 1750 with headquarters in Pall Mall. Working out of Newmarket Racecourse, the Jockey Club has been responsible for all the UK rules and regulations regarding horse racing until 2006. The British Horse Racing Authority is now the prominent regulatory body.

Due to a lack of prizes on offer, most champion horses only ran a few times in their career. It wasn’t until the late 1700s that racing prizes were common which helped to grow the sport. During this period many organizers started running short races so that young horses could compete as they didn’t have the stamina of the mature horses for longer races.

The term for the races known as the Classics was formed in the early 1800s although the oldest of the five races, St Ledger, was first run in 1776. The Classics today are the most prestigious flat racing events in England, with millions watching or listening on radio, television and horse race streaming services online. The total prize fund for classics is nearly £4 million as of 2018.

The five races that make up the Classics are:

The races are run on a flat course with distances from 1 mile to 1 mile 6 furlongs, as the races are very different from each other, it is rare for one horse to win multiple classics. Sceptre in 1902 is the only horse to win four of the five races. The triple crown of British racing is winning the three biggest races in the classics, and this was last done in 1970 by Nijinsky with Lester Piggott jockeying.

It took until the 1800s before jump racing became a popular addition to flat meetings. The first Grand National Steeplechase was held in 1839 at Aintree and is now a day of celebration each year in the United Kingdom.

Although flat racing is the more popular race meeting in England, there is a significant national hunt following with the Cheltenham Festival being the most popular meeting held annually. Over the jumps, racing was first pioneered by the Irish in the 18th century and then grew into a British past time as racing grew in popularity.

In recent years we have seen many sports grow financially with sponsorship and prize money and the same is true for horse racing. Thanks to the popularity of horse racing in the Middle East and Asia, it ensures that there are more tracks and race meetings held each year with more substantial prize funds which will continue to attract the best horses, breeders and trainers. Look at the horse race meetings near you and have a great experience and a day out.