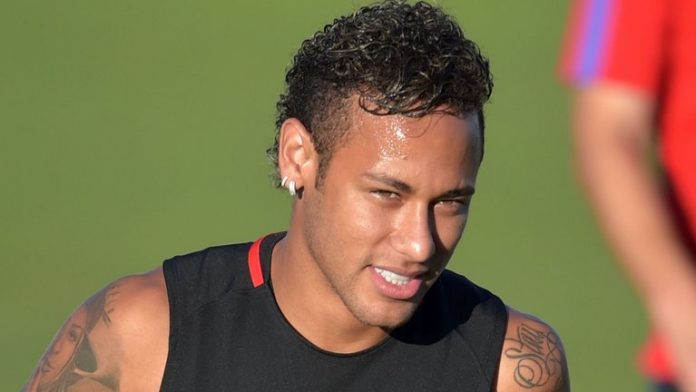 WITH footballer Neymar looking likely to move from Barcelona to Paris Saint Germain for a world record fee, there could be much more to the deal than meets the eye.

Professor of Sports Enterprise at the University of Salford, Simon Chadwick, looks at the global political reasons behind why one player could be worth £198m.
Whatever the on-field motives for the move, the potential transfer of Neymar to PSG is perhaps an even more highly charged one off-the-field. The Paris club was purchased by Qatar Sports Investments (QSI) in 2011, with a view to establishing the club as a leading global sports brand. While domestic success has been achieved the absence of international achievement has been hindering its commercial development.
At one level, Neymar’s acquisition can therefore be interpreted as a high-stakes gamble to deliver on QSI’s vision. However, over the last two season’s PSG’s record of player purchases has appeared at odds with this vision, the club only having signed two players of real note (Julian Draxler from Schalke and Angel Di Maria from Manchester United), neither of whom are of the same calibre as the likes of Neymar, Messi or Real Madrid’s Cristiano Ronaldo.
The failure to make significant marquee signings is likely to have reflected fiscal stringency measures adopted by the Qatari government, which has even impacted upon the country’s 2022 World Cup budget and has seen heavy spending cuts and large job losses across the country, attributed to the falling price of oil.
This suggests an alternative interpretation of PSG’s latest potential signing, which is that Neymar could unwittingly have become a poster-boy for geopolitical conflict. Over the last two months, Qatar has been embroiled in an unprecedented regional dispute with its near neighbours, including Saudi Arabia and the United Arab Emirates, amid various claims including that it is harbouring international terrorists and is interfering in the domestic affairs of these neighbours.
Qatar’s critics have also expressed concerns that it is too close to Iran and Turkey, and is challenging the region’s autocracy via its use of media channels such as Al Jazeera. This has resulted in several countries cutting diplomatic ties with Doha’s government, as well as trade routes into and out of the country being blocked. Indeed, the country’s only land border, with Saudi Arabia, has been closed for some weeks.
Qatar’s response to these moves has been to adopt an assertive, even bullish, position that has seen it move closer to Iran and Turkey, while continuing to emphasise its economic strength. The country retains significant currency reserves, is seeking to boost its gas production reduce the dependence on oil (which will see it become the world’s biggest producer of liquefied natural gas), and has seemingly been keen to accentuate its credentials as the richest country in the world (on a per capita basis).
Neymar’s PSG move, whilst beneficial to the French club, may thus be motivated more by the political statement it makes and the soft power influence it is likely to have than whatever the Brazilian’s performances might be on the pitch. At a time when the likes of Saudi Arabia want the world to be talking about Qatar in negative terms (or preferably not to be talking about the country at all), instead Doha has become the focus for the year’s biggest story about the world’s favourite sport.
Though many critics have always bemoaned that sport and politics do not mix, Neymar’s transfer demonstrates that in the 21st century sport is politics. Even more than PSG fans, it is Qatar, as it sits in the middle of world football’s glare, that is likely to be most satisfied by this record-breaking piece of business.
A version of this article was first published in the Conversation.