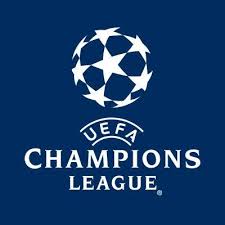 Manchester City have already confirmed their place in the knockout stages of the Champions League. Four wins from their four games see them sitting top of the group. A win against Feynoord and Napoli getting any kind of result at home against Shakhtar Donetsk would see them clinch top spot in the group.

Pep Guardiola could welcome back club captain Vincent Kompany for the visit of their Dutch opponents who are seventh in the Eredivisie. Kompany has been out since late August when he came off against Bournemouth with a calf injury. The centre-back returned briefly against Leicester and Guardiola maintains it would be a risk to start the Belgian against Feyenoord.

City’s weekend 2-0 victory over the Foxes was another box ticked.However, the fact that John Stones picked up a hamstring injury which will see him sidelined for four to six weeks was a blow. With Kompany a doubt to play from the start it means that the squad will be pushed to its limits. The strain on the squad was addressed by Guardiola recently;

“We don’t have a big squad. It is a big pity we lost a month and a half of Vincent Kompany and now John Stones. To win the titles we need all the squad, especially important players like John and Vinny.”  (Pep Guardiola)

While the City boss has questions to find solutions to relating to the defensive segment of his team the attacking portion is offering more positive problems for the former Barcelona coach. He has admitted it is difficult to pick between his two main strikers, Sergio Agüero and Gabriel Jesus ahead of gameweek five of the Champions League. It could be a great night for England’s U17 World Cup winner Phil Foden with Guardiola ready to give him a chance.

Manchester City put a masterclass on in the reverse fixture, they ran out comfortable 4-0 winners in Holland.

Manchester United will travel to Switzerland to face FC Basel in their penultimate Champions League group fixture. United boast a 100% record in the group winning their four games with relative ease scoring ten times and conceding only once.

The Red Devils could be boosted by the return of Marcos Rojo for the fixture. Jose Mourhino may also call on Zlatan Ibrahimovic who came on at Old Trafford to a hero’s reception in the 4-1 win over Newcastle. Paul Pogba started the game against Newcastle after inury had kept him out since the home tie against Basel back in September.

The United boss could call on youth for the game in Switzerland. Axel Tuanzabe, Scott McTominay and James Wilson all arrived at Carrington this morning. Also spotted were Anthony Martial, Michael Carrick, Sergio Romero, Daley Blind and Marouane Fellaini.

United can claim top spot in the group win a draw but given that they beat Basel 3-0 at Old Trafford Mourinho will be hoping they can claim their fifth win in Group A.

Bolton will be hoping to continue their good form when they host 19th placed Reading. With defenders Mark Little and Antonee Robinson injury doubts and Mark Beevers suspended only David Wheater is eligible, for this game, from the back four that started at the weekend against Preston. One positive for Bolton is that striker Adam Le Fondre is back in contention.

Richie Wellens has turned things around at Oldham Athletic and they will hope they can take the momentum of their 3-1 derby victory over Rochdale into their home tie with AFC Wimbledon. Rochdale boss Keith Hill will want to inspire a change in fortunes when his side travel to play-off placed Charlton. Bury, who sit at the foot of the League One table, face a tough task as they prepare for the visit of top of the table Shrewsbury.