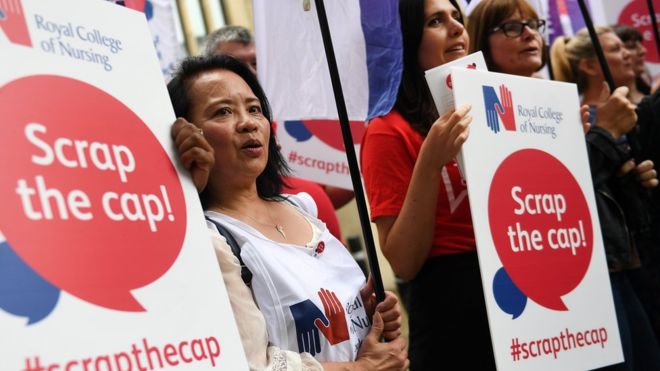 The public sector pay cap has reduced spending power in England by £8.5 billion this year according to new analysis published by the TUC today and the NW is one of the hardest hit areas.

Since the pay caps began in 2010, public sector workers have had £48 billion less to spend in local economies.

England’s 50 poorest parliamentary constituencies alone have seen a combined loss in spending power of £3 billion since 2010, or £544 million this year.

Every English region has seen big falls in spending power because of the cap. The North East and North West – which have the highest share of public sector workers – have seen falls of £2.1 billion and £7 billion respectively since the start of the decade.

The analysis shows that public sector workers are earning, on average, over £2,000 less today than if their pay had risen in line with inflation (CPI).

Recent TUC polling shows that one in seven (15%) public sector workers skipped meals this year to make ends meet. And 1 in 4 (24%) say they couldn’t pay an unexpected bill of £500.

Research published by the IPPR last week revealed that raising public sector pay would boost spending in local economies. And it would help the public purse by raising tax revenues and reducing the cost of in-work benefits.

TUC General Secretary Frances O’Grady said:
“The public sector pay squeeze has driven up in-work poverty. And that means less money spent on high streets and in local businesses.
“The pay cap is a false economy. The Chancellor must use the Budget to give all public sector workers the pay rise they have earned, and end these artificial pay restrictions.”