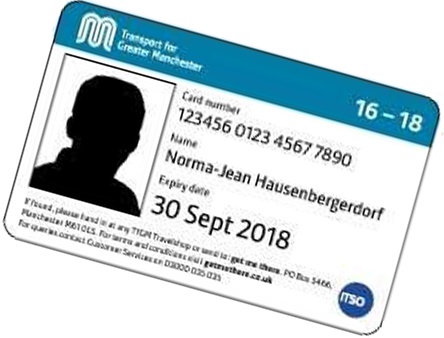 The Women’s Concessionary Travel Pass will entitle thousands of women across Greater Manchester to free off-peak travel on bus, train and Metrolink.

Set to launch next Tuesday (3 April), the new pass caters specifically to women who were affected by the change to the state pension age in 2011, and who because of the change will have to wait longer to receive their pension.

Those that can apply for the Women’s Concessionary Travel Pass are women who were born between 6 October 1953 and 5 November 1954 and who currently live in Greater Manchester.

The introduction of the new travel pass comes after Andy Burnham, Mayor of Greater Manchester, last year pledged to help those women who were most affected by the sudden change to the pension age in 2011.

“The new Women’s Concessionary Travel Pass is a way of helping those women who were given very little notice that the change was going to happen.

“I made a promise to do what I could to help and, with the support of Greater Manchester’s ten council leaders and Transport for Greater Manchester, I hope that this will be a small step in the right direction in helping those most affected.

“I know there’ll be other women affected that aren’t helped by this and I want to reassure them I’ll continue to work with TfGM to see if there’s more we can do while also pressing government to step-up and do more.”

Women born between 6 October 1953 and 5 November 1954 are those who would experience the longest delays in receiving their pension, and who were not properly notified of the sudden change following the introduction of the 2011 Pensions Act.

Francesca Estasy, Local Coordinator for the Bury-Rochdale-Manchester branch of Women Against State Pension Inequality (WASPI), said: “The Government’s sudden acceleration of the state pension age in 2011 left thousands of women worse off financially.

“With such short notice to save or plan for the extra time they would have to wait to get their pension they’ve also had to wait longer for other benefits like their free bus pass.

“I’m delighted to see that something has been done to help those women most affected and I know that thousands of women across Greater Manchester will be pleased to receive their travel pass.

“I’d like to thank the Mayor and Transport for Greater Manchester for doing what they can – it’s a step in the right direction.”

TfGM have created a dedicated webpage to help women find out if they’re eligible for the new pass. If they are then applying for the pass can be done by post or via their nearest TfGM Travelshop.

Inflammation: the key factor that explains vulnerability to severe COVID