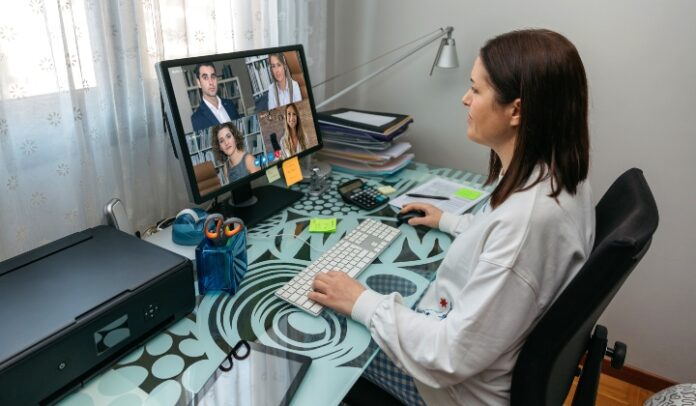 The first international empirical study of work from home shows there are benefits that could be maintained after the pandemic.

But the new research also outlined less-positive aspects, such as the lack of boundaries between work and home, and the loss of spontaneous, creative discussions or problem-solving.

In April, researchers interviewed 29 knowledge workers from New Zealand, Australia, UK, USA, Sweden, Austria, Germany, Denmark and Switzerland, to ask about the role of technology in working from home. The study found that people working remotely used team collaboration technologies to enhance their delivery of outputs, and to maintain or even foster relationships with their colleagues. In so doing, they established a new norm for the culture and execution of team collaboration.

Overall, the new way of working had a near-equal mix of positive and negative implications for team collaboration, particularly in terms of knowledge-sharing, virtual meetings and networking.

Without easy access to a shared physical space, EWFH employees noted they had to have scheduled, rather than spontaneous, interactions with colleagues. While this approach led to a decrease in the number of interruptions, it also impacted the kind of knowledge-sharing that comes through ad-hoc or unplanned discussions among workmates. Junior employees, in particular, felt hamstrung by the inability to easily gauge if a colleague was busy or available to provide advice or input. Similarly, while screensharing of documents became common practice, it did not replace the value of in-person discussions.

EWFH participants agreed that regularly scheduled virtual team meetings helped mitigate feelings of isolation and maintained a sense of collegiality. However, the lack of boundaries between work and home proved challenging for some, particularly those with family commitments. They reported that frequent meetings could feel burdensome as they tried to simultaneously manage work duties with children and other carer responsibilities.

Particularly for those respondents who usually work offsite, EWFH created a welcome sense of inclusivity and collegiality. This was largely because teams used the same technology channels to communicate during their EWFH. This shared approach helped “flatten” traditional perceptions of hierarchy among employees and also enabled workers to meet  colleagues they would not previously have connected with. However, virtual networking events were also marked by a sense of “rigidity” because technological limitations meant that only one person at a time could speak.

Lead author, AUT’s Dr Lena Waizenegger, said the research team was surprised at how quickly employees and organisations pivoted to new technologies and approaches to work.

Dr Waizenegger  said: “We were amazed by the innovation capabilities and creativity of teams and businesses. EWFH showed that remote or flexible working is not only feasible, it also has various positive effects that should be maintained even after the pandemic.”