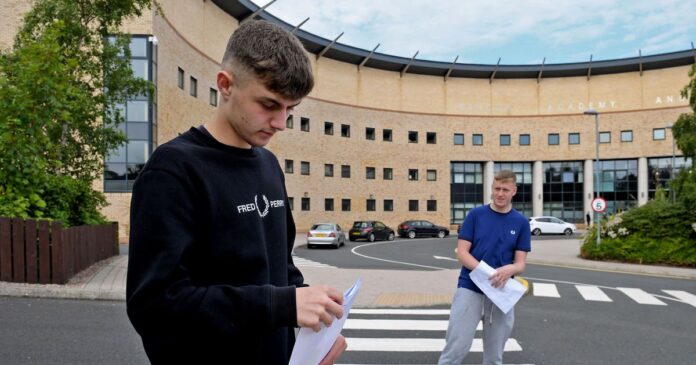 Keir Starmer has today called on the UK Government to scrap its “fatally flawed” system which saw hundreds of thousands of A-Level results downgraded in yesterday’s exams fiasco.

Arguing that “no young person should be at a detriment due to Government incompetence” Starmer called on the Prime Minister to resolve the worsening exams fiasco with a Scottish Government-style U-turn.

The intervention comes after 280,000 ‘teacher assessed’ A-Level results were downgraded yesterday by an algorithm which was condemned by teachers, pupils and parents. A move back to teacher assessed grades for pupils who were downgraded was described by Starmer as the best option for the “unprecedented and chaotic circumstances” created by the UK Government’s mishandling of education during the pandemic.

Demanding action in “days, not weeks” Labour also called today for an urgent technical review of the standardisation process ahead of GCSE results next week. This echoes calls made on Thursday by the Association of Colleges who warned the process “may have been biased.”

Starmer’s demand follows 24 hours of confusion around A-Level results, as the Government failed to clarify how students could make use of Ministers’ last-minute proposals for students to use mock grades as entry to university or college. Students reported losing places in Higher and Further Education, and education leaders reported the system was failing on its own terms, with one third of college principals reporting results lower or “dramatically lower” than their historic exam performance.

Boris Johnson insisted that the system was ‘robust’, pointing out that ‘more students than ever before are able to go to their university of choice, to do the course of their choice’.

He also said students could sit exams if they feel they would have done better than the grades they’ve ended up with.

The Labour leader today accused the UK Government of “grossly misleading” hopeful students after Schools Minister Nick Gibb promised this week that any downgrades “will be by just one grade.” Figures from Ofqual yesterday showed that around 24,000 grades were marked down by more than one mark by the standardisation model.

“Across the last twenty four hours we have heard heartbreaking stories and the scale of the injustice caused by the fatally flawed results system has become clear.

“Young people and parents right across the country, in every town and city, feel let down and betrayed. Claims from the Schools Minister this week were grossly misleading.

“The unprecedented and chaotic circumstances created by the UK Government’s mishandling of education during recent months mean that a return to teacher assessments is now the best option available. No young person should be at a detriment due to Government incompetence.

“Time is running out. We need action in days, not weeks. That also means an urgent technical review of the standardisation model ahead of GCSE results next week. We need to end this fiasco.”