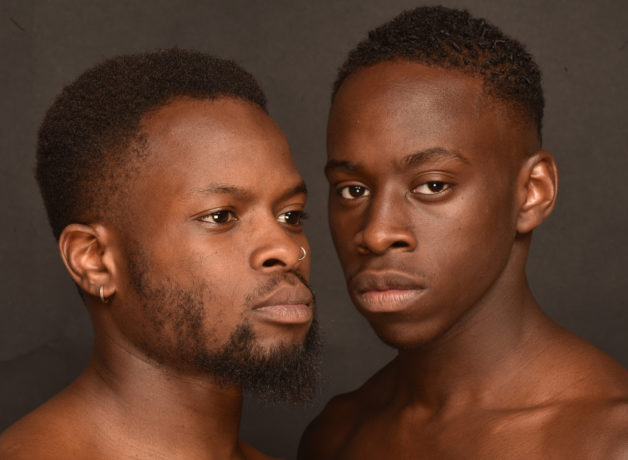 In a small Nigerian town, a pair of brothers, Ben and Obembe, slip away to fish at a forbidden river along with their two older brothers. Risking the wrath of their father, who expects great things of them all, they continue unnoticed and carefree until one day the prophecy of a madman changes the course of their lives.

Playing Ben is Michael Ajao, who recently appeared in Br’er Cotton at Theatre503. He previously appeared in The Lorax at The Old Vic, and made his big-screen debut in Attack the Block directed by Joe Cornish, and took the role of Corey Draper in Tiger Aspect’s Cuffs for BBC.

The role of Obembe is taken by Valentine Olukoga, familiar to TV viewers from playing Brandon in ITV’s Unforgotten in 2015. He also appeared in Matthew Dunster’s production of Liberian Girl at the Royal Court Theatre the same year.Chigozie Obioma is regarded as one of Africa’s major new literary voices, with The Fishermen being named as a best book of the year in 2015 by The Observer,the Economist, the Financial Times, and the Wall Street Journal.

Based in Nebraska where he is assistant professor of Literature and Creative Writing at the University of Nebraska-Lincoln, Chigozie Obiama’s second novel, An Orchestra of Minorities, will be published in January 2019.

“The rapturous response to Chigozie Obiama’s novel is one of the great success stories of modern African literature,” says director Jack McNamara, “and we are honoured to be presenting it in stage form for the first time. Gbolahan Obisesan’s adaptation takes this intense family saga and boils it down to an extraordinary encounter between two brothers.”

Gbolahan Obisesan’s previous plays include an adaption of Pigeon English (Bristol Old Vic, Edinburgh Festival Fringe 2013), and the Fringe First winning Mad About the Boy (2011). He was one of the six writers commissioned by the Royal Court and the Young Vic for Rufus Norris’ Feast.

He recently held the role of Genesis Fellow/Associate Director at the Young Vic Theatre, previously directed the 2017 Olivier nominated Cuttin’ It,and Off the Page, a short film for the Royal Court/Guardian’s microplays season.

When did you stop dancing?