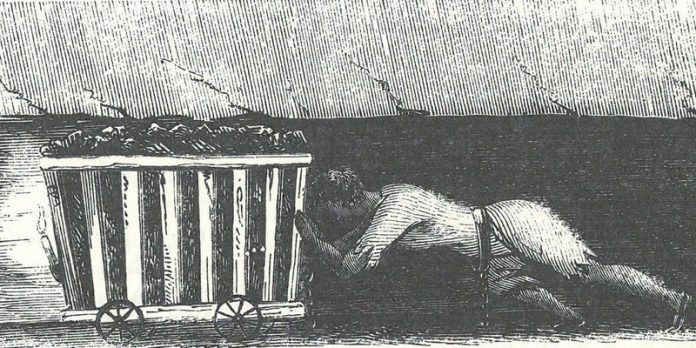 Following on from its two previous fantastically successful fundraisers, The Working Class Movement Library is proud to present another in its series of Radical Readings fundraising events, this time introducing some of its younger supporters and readers as well as a couple of stalwarts.

This year’s show consists of accounts, stories and poems by and about the children who worked in our mines and factories in the 19th century. These will be brought to life by Andrew Ellis (This is England), Nico Mirallegro (Rillington Place, Common, The Village), Elle Pemberton and Molly Windsor (Three Girls) together with ever-present favourites, Maxine Peake and Mike Joyce.

Everyone at the Library is delighted that these actors have agreed so willingly to contribute their time and their talent to boost its fundraising appeal.

Nico Mirallegro said: “The Library is an amazing place and so deserving of support. I’m very excited to be part of this event.”

Radical Readings 3 – Suffer Little Children has been devised by WCML trustee, Royston Futter who will be introducing the actors on stage.

Talking about the WCML in a recent television piece, Maxine Peake said: “It is all about learning about your history whether you are to the left or the right. If you speak to anyone who works or volunteers here, they say it’s all about fairness, freedom and the people!”

Tickets for this fundraising event are £12, and are on sale now via Eventbrite here.