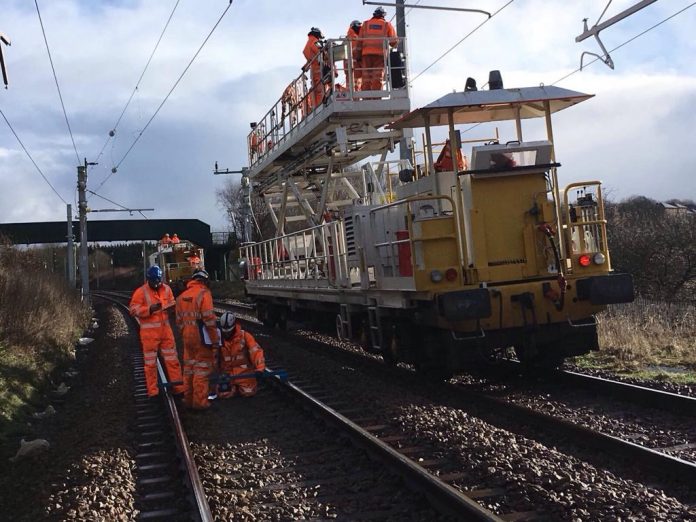 Network Rail have announced the latest projections for work on the electrification of the Manchester to Preston line whose previous delays were held partly responsible for the recent problems on the Northern Network.

Martin Frobisher, managing director for Network Rail’s London and North Western route, said: “Our Manchester-Preston upgrade is part of the Great North Rail Project, the rail industry’s team effort to transform train travel for customers across the North through track and train improvements.

“I’m sorry for the further short-term disruption that this work will cause, but please don’t lose sight of the long-term improvements which will be delivered. In future electric-powered, greener, faster, more frequent, more spacious, more reliable trains will become the norm through the Bolton corridor.”

Martin added: “We recognise the May timetable change resulted in poorer service for many customers than it should have done. We are working together with our train company partners to resolve current issues as soon as possible.”

In early January Network Rail announced delays to its May 2018 deadline to complete its Preston-Manchester upgrade.

Delays to progress were compounded by the collapse of Carillion, the lead contractor for the scheme.

The Manchester-Bolton-Preston upgrade is over 25 miles of track and is vast in scale. It has involved the widening and rebuilding of Farnworth Tunnel, remodelling of tracks and platforms through Chorley and Bolton stations, the renewal of 13,883m of track, replacement of 93 signals, and the laying of 236,000m of cables.

All passengers who travel through the Bolton corridor are advised to check before they travel on www.nationalrail.co.uk or with their train operator.

Gender revolutions in who holds the purse strings