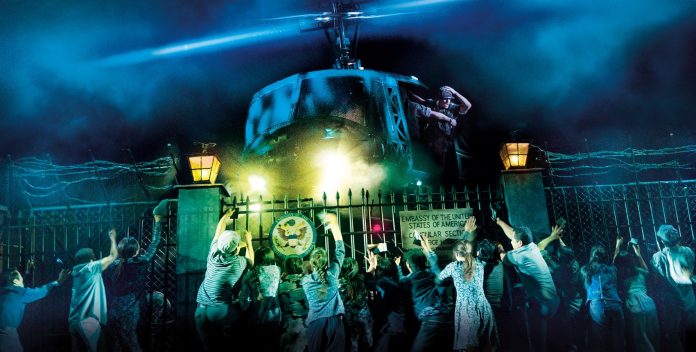 Cameron Mackintosh’s epic production of MISS SAIGON lands in Manchester next week for an eight week run. This spectacular new production of Boublil and Schönberg’s legendary musical is currently touring the UK and Ireland and opens at Manchester’s Palace Theatre on 21 March.

It is one of the largest productions on tour with a cast of 38, orchestra of 15 and a technical team of 32 who bring the show to life 8 times a week. It takes 16 45-foot trailers to move the production from one venue to the next.

The show finishes in one venue on the Saturday and opens in the next venue on the Wednesday, just 4 days later. Over 100 people are involved in transferring the show and the team work around the clock to make it possible.

Here are 20 more facts about this incredible musical…

The hills will be alive at the Palace Theatre

Circus Big Top to pitch outside The Lowry