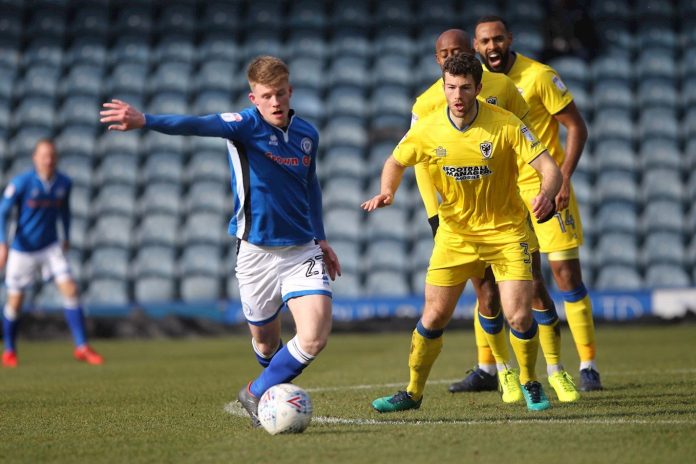 Bolton Wanderers are six points clear of the Championship relegation zone after an early Adam Le Fondre goal earned them a hard-fought 1-0 victory against Aston Villa at Macron Stadium on Saturday evening.

The Whites took the lead midway through the first half, after a Darren Pratley flick-on from a corner at the near post found its way through to Le Fondre who tapped in from three yards.

A late flurry of attacks came from the visitors, but a Jon Flanagan block from Scott Hogan’s shot and a superb Ben Alnwick save in injury time secured all three points for Phil Parkinson’s side.

Oldham Manager  Richie Wellens could not be too critical of his players after his side lost 0-2 at home to Portsmouth.

Brett Pitman scored two first half goals to put Pompey in control in a game dominated by the wintery conditions.

Speaking after the game, Wellens said: “It was very tough conditions for both sets of players. The big was that they won the toss, turned us around and they played the conditions first half really well.

“The wind was bad and we are still trying to play when all their two centre halves did was kick it and head it.

Bury remain bottom of League one after Chuks Aneke scored twice from the penalty spot to secure all three points for MK Dons at a snowy Stadium MK, despite a late goal for the Shakers from George Miller.

Chris Maguire came close to finding a late equaliser as his powerful free-kick from around 30-yards out looked goal-bound, but Nicholls managed to get to it to deny the Shakers a deserved point.

In a game where Rochdale had three opportunities cleared off the line and two penalty claims turned down, Rochdale Manager Keith Hill was pleased with the players’ effort, commitment and endeavour against AFC Wimbledon at the Crown Oil Arena.

The visitors took a seventh minute lead through Deji Oshilaja, before Andy Cannon equalised in the 25th minute via a deflected effort.Dale had a host of chances both before and after the break, and Stephen Humphrys struck a post in the dying minutes, as they had to settle for a point.

Speaking after the 1-1 draw, Hill commented: “It was a good performance. It was a winning performance, it just wasn’t a winning result because we didn’t convert our opportunities.

Premiership title is Manchester City’s for the taking