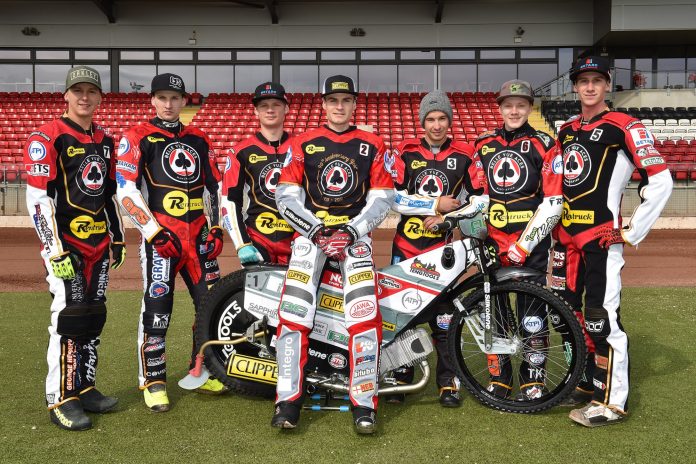 The Belle Vue Aces’ 2018 campaign gets underway on Mowhen they welcome reigning league champions, Swindon, to the National Speedway Stadium.

Like the ‘Rentruck’ Aces, the Robins have done exceptionally well to retain five of last year’s septet with the new additions taking the form of Aussie duo Troy Batchelor and Mitchell Davey.

Nick Morris steps up to replace world champion Jason Doyle as spearhead of the Blunsdon side with solid backup from Batchelor, David Bellego and Tobiasz Musielak at the top end of the team.

British Champion, Craig Cook, moves into the No.1 position for the home side with Australian No.3 seed Max Fricke and brand-new Polish signing Damian Dróżdż completing the Aces top three.

The two teams are the first to meet competitively this season and have enjoyed a fierce rivalry that has generated some spectacular racing over the last few years, with plenty more promised.

“Roscoe [Alun Rossiter] has put in the work over the winter to put such a good team together, but then so have we and I must say I’m very encouraged by what I’ve seen from the lads so far.

“We had a very productive press and practice earlier this week. We’ve ironed out a few kinks, everyone is looking fast and the whole team is so enthusiastic about the new campaign.

“I can’t think of a better way to open the competitive season than by having two of last year’s best teams facing off in one of the very first fixtures, and we want to put on great a show for the fans.”

Tickets for this and all other Premiership and National League fixtures are now available through the club’s website at www.bellevueaces.co

Final win for the Colts but Leicester take the cup