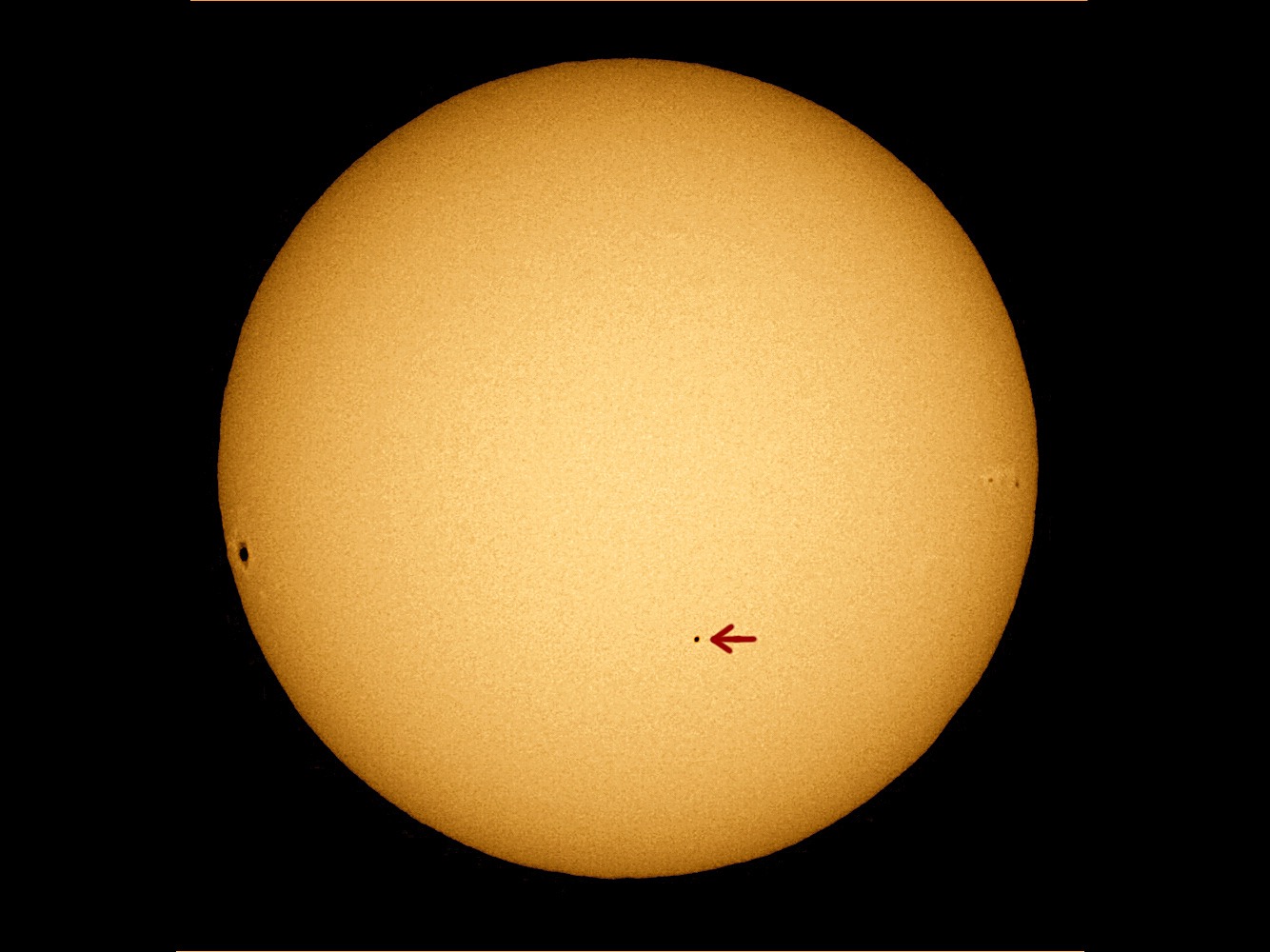 On 9 May Mercury will pass in front of the Sun and it will be visible as a tiny black dot on the Sun’s surface.Mercury transits are rare events that happen only 13 or 14 times every century.

The last time this happened was in 2006, and the next two occasions will be in 2019 and 2032. During the transit, which takes place in the afternoon and early evening in the UK, Mercury will appear as a dark silhouetted disc against the bright surface of the Sun.

There are 13 or 14 transits of Mercury each century, so they are comparatively rare events, though each one can typically be seen over a large area of the Earth’s surface. A transit was first seen on 7 November 1631, two decades after the invention of the telescope, by French astronomer Pierre Gassendi. The most recent transit of Mercury visible in the UK was in 2003 (the 2006 event was visible in the western hemisphere), which was followed by even rarer transits of Venus in 2004 and 2012.

Professor Martin Barstow, President of the Royal Astronomical Society, is keen for people to experience the transit for themselves: “It is always exciting to see rare astronomical phenomena, such as this transit of Mercury. They show that astronomy is a science that is accessible to everyone, and I would encourage you to take a look if the weather is clear… but do follow the safety advice!”

As it is so close to the Sun, Mercury is difficult to study in detail using telescopes on Earth. Two NASA space probes have visited Mercury, Mariner 10 in 1974 and 1975, and MESSENGER, which orbited the planet from 2011 until a deliberate crash landing in 2015. The European Space Agency mission BepiColombo will launch next year, and is expected to study the planet from 2024 onwards. (UK scientists are making a significant contribution to this project.)

Similar events happen in distant extrasolar planetary systems and these are used by astronomers to discover new planets.

GP’s in England to be offered cash fund to see more patients face to...