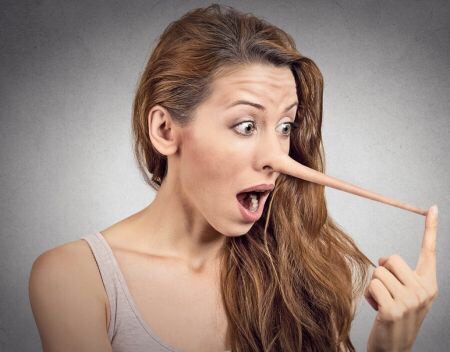 Feelings of envy could make workers and executives less likely to lie, a new study has found. And there could be lessons for managers who want to reduce the likelihood of workplace lying.
A series of scandals have rocked the corporate world in recent years, from MG Rover, Lehman Brothers and others, all of which involved lying at a high level. The mechanisms and psychology behind lying are poorly understood. But now a study by a team of academics, including Professor Kirk Chang from The University of Salford, has shed light on some of the mechanisms and motivations behind lying.

In a paper published in the Journal of Strategy and Management the team describes how they have found that envy may not necessarily be an entirely negative emotion in the workplace and that it may bring benefits, surprisingly through a reduction in lying behaviour.

The study involved 271 part-time workers from sectors such as retail, public sector and those employed in small and medium sized enterprises (SMEs).

Volunteers were asked split into three groups and asked to play three slightly different dice games. In the first they were asked to roll the dice and were given the amount of cash equivalent to the number rolled i.e. a roll of one would mean €1 to the volunteer, a six would mean €6.

The second group were paired up and both got whatever was the roll of the dice. In the third game the person rolling got the amount on the dice while their partner got double that amount, i.e. €1 and €2 for a roll of 1.

In all three games, only the person rolling the dice could see the outcome, meaning they were free to lie all the way through to generate more cash.

The dice was rolled a total of 170 times, split between the three games. It should be expected that there would be and even spread across all the possible rolls, with 1-6 each having a 16.67% chance of occurring. But the results showed that in game 1, where only the roller would benefit a roll of one was 7.8%, two was 3.37% while five was 31.4% and six was 29.21%, showing clearly that lying was going on.

In game two when both in the pair would benefit, lying was even more prevalent with FIVE coming up 38.3% and SIX 31.9% of the time. In game three though, where someone else would benefit more than the person rolling the lying behaviour decreased significantly, with FIVE being claimed 22.7% and SIX 25% of the time.

Professor Kirk Chang of Salford Business School, joint author of the paper, said: “In a departure from prior studies of lying, we have argued that envy can provide an internal drive for people to work harder but it can also act as a brake mechanism and self-regulator to reduce lying.

“People lie because they believe they may benefit from lying straightaway. But we have found that people do not like others sharing the benefits of their lies.

“Managers may wish to build this into their people management policy. For instance, salespeople may not lie in their KPI figures if they realise their line manager will get more benefit from their lies. There could be more effective anti-lying strategies that are not being used at the moment.”

Civic reception honours train driver who sacrificed his life on a runaway train 60...