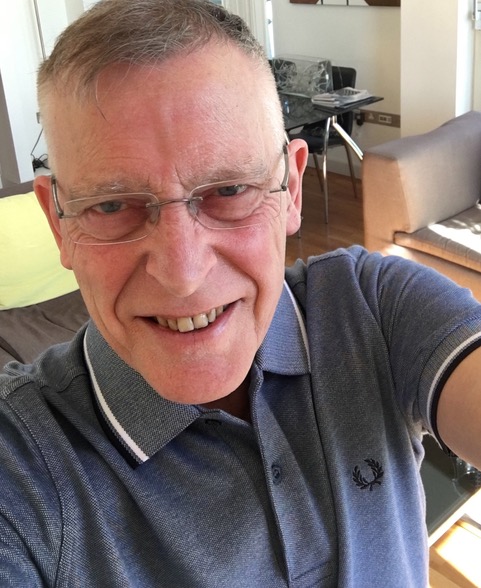 The Stroke Association is launching its first ever LGBT support group for stroke survivors in Greater Manchester, at LGBT Foundation on Monday 18 February, and is encouraging people to join them.

More than 7,900 people in Manchester are living with the effects of stroke, while almost half of stroke survivors feel abandoned after they leave hospital.

In partnership with Manchester City Council, the free new support group will bring together members of the LGBT community who have survived a stroke, on the third Monday of the month from 2-4pm. The sessions will take place at the LGBT Foundation on Richmond Street, Manchester. As a new group, members will be involved with discussions on how they’d like the sessions to run, and help to shape the format.

Actor and journalist Roger Foss, 73 from Manchester, had been experiencing severe headaches and peculiar visual distortions for around a year before he had a stroke in September 2017. He joined one of the existing Stroke Association groups in Manchester to help with his recovery.

Roger said: “While I was in hospital I didn’t cope very well; I was scared of going to sleep, scared of walking about, always thinking that I’d have another stroke. I got myself into such a state that I had a terrible panic attack. When I was discharged I still felt so nervous about going anywhere or doing anything. I forced myself to go out and about, and with the help of my partner Liam I started to feel much more confident.”

In the meantime, Roger was supported by the Stroke Association. He added: “Over time I’ve learnt how to manage my anxiety. Although I moved to Manchester six years ago with the intention of retiring, I kept being offered work and I think the stress of it all probably contributed to my stroke. The pressure of deadlines and rushing around may have just all been too much. It has forced me to think where I’m up to and what I want from my life.

“As well as my anxiety, I also had to come to terms with ageing and identity. Looking back on my stroke, I now see it as an opportunity for a new lease of life. With this in mind I decided to do things that I enjoy doing. I’ve got involved with the Stroke Association group which I’ve found enlightening. I’m spending time with other people who have had severe strokes but their struggle to overcome their problems is actually inspiring. Socially as well as mentally, involvement in the groups has been fantastic. It’s opened new doors to new relationships and friendships. At 73 it’s quite a surprise to be in this situation.”

Helen Gilbertson, Stroke Association Support Coordinator, said: “Stroke can have devastating consequences. People’s lives are often changed forever – not just for the stroke survivor, but for their family and friends too. With the launch of our new LGBT specific group in Manchester we aim to help people affected by stroke to regain their confidence, connect with the LGBT community in a safe space and hopefully achieve a better quality of life. We very grateful to the LGBT Foundation for providing us with such a great venue in the heart of our vibrant district, and we look forward to working together to make the new group a success. This group will give survivors in Greater Manchester a unique opportunity to come together in the very heart of their community.”

The free monthly group is open to stroke survivors from across Greater Manchester. It will meet at LGBT Foundation on Richmond Street, Manchester on the third Monday of the month from 2-4pm. For more information, contact Helen Gilbertson at the Stroke Association athelen.gilbertson@stroke.rg.uk or call 0161 742 7482.