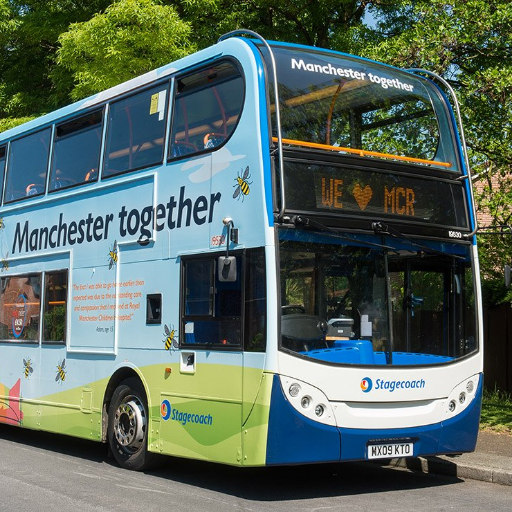 Andy Burnham’s plans for bus regulation have come under fire from the region’s bus Companies.

Yesterday as part of his ten year vision for Greater Manchester’s transport system, he announced plans for the city’s buses back under public control for the first time in more than three decades.

Commenting on the plans, a Stagecoach spokesperson said:

“The Mayor has provided no evidence to support his claim that franchising is better than a partnership approach and he is keeping Greater Manchester’s taxpayers in the dark about the massive bill they would have to pay for a London-style bus system.  The capital’s franchised network is also currently losing passengers at a faster rate than the rest of England due to rising congestion, seeing many routes cut, and is £700m in the red.”

”Stagecoach has delivered £90m investment in greener buses for Manchester since 2010, provides unlimited weekly travel for around £2 a day, offers contactless and integrated multi-operator ticketing, with nine in 10 customers satisfied with their bus service. But this is not a choice between franchising and the status quo.

“The Mayor has had on his desk for months a compelling £100m blueprint from bus operators which could further transform the region’s bus network right now. It would deliver better services, new greener buses, better value fares and a way forward to address car congestion and air quality, which everyone agrees are two of the biggest challenges facing the region.

“People in Manchester and districts across the region must be asking why Transport for Greater Manchester has needlessly spent £23m of taxpayers money on consultants reports assessing franchising, when practical improvements have been delayed and the partnership solutions are already staring politicians in the face.”