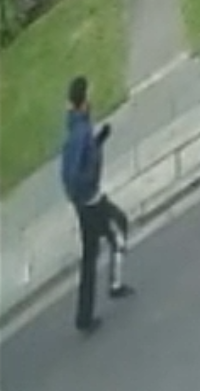 Police investigating a shooting in Bury last month have released CCTV images of two men they want to speak to in connection with the incident.

The shooting took place around 8:50am on Monday 18 June on Harris Drive, Unsworth as Police we’re called to reports of a firearms discharge.

A short time later a man in his 30s presented himself at hospital with serious injuries to his upper body.

He has since been discharged from hospital.

Detectives are continuing their investigation into the circumstances surrounding the incident and encourage anyone who recognises them men in the images to come forward.

Chief Inspector Phil Spurgeon, of GMP’s Bury Borough, said: “We are following several lines of enquiry to establish exactly what happened including trying to identify these men.

“If anyone recognises the men in these photos, or anyone who has any information no matter how small or insignificant it might seem, please get in touch with police immediately.

“From the information we have at the moment, we are treating this as a targeted attack and do not believe there to be any wider threat to the community but I cannot stress the importance of people contacting us if they know something.”

A 75 year old man is charged with a murder over a quarter of...