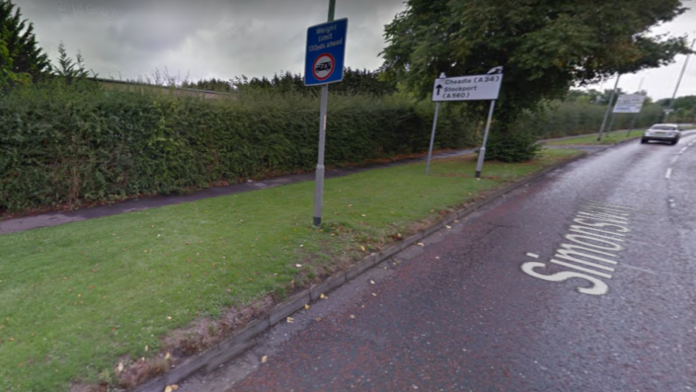 Police are searching for an attacker who attempted to rape a women in Wythenshawe on Wednesday evening.

The 43 year old was attacked around 8.20pm in Hatchett Woods on Simonsway, close to the junction with Ruddpark Road.

The suspect is described as a white male, of skinny build, who was wearing a grey hoody and black pants.

Detectives are keen to speak to anyone who was in the area between 8pm and 9pm and has information that may be able to assist the investigation.

They are particularly interested to speak with any potential witnesses or anyone who has dash cam footage or CCTV footage of the area during this time.

Detective Inspector John Robb, of GMP’s City of Manchester division, said: “We have launched an investigation following the attempted rape of a 43-year-old woman in Hatchett Woods, Wythenshawe.

“We believe this to be an isolated incident at this stage, but we aware that this will understandably cause some concern in the community. I want to take this opportunity to reassure local residents that we are treating this as a priority.

“Although we are making good progress with our enquiries, I must stress that we are in the early stages of the investigation and we would urge people to pass on any information, no matter how small, so that we can progress this investigation further.”