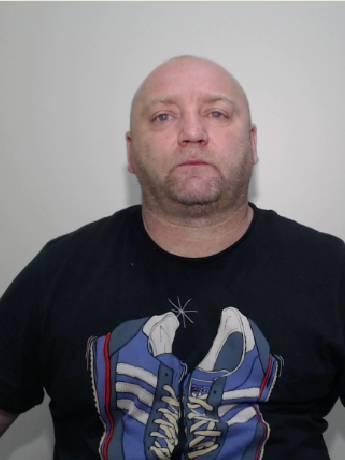 A Walkden man who helped organise a plot to smuggle illegal immigrants into the UK has been jailed for five years after an undercover NCA investigation.

Mark Minister, 47, acted as a middle-man for members  of an organised crime group and ‘Charlie’, an undercover NCA officer posing as a HGV driver willing to traffic immigrants into the country in his truck.

Scott Downie, 31, and Anthony Corkovic, 28, were jailed in October 2017 for their part in the conspiracy.

Minister, of Hodge Road, Walkden, was sentenced at Manchester Crown Court for his role in the people smuggling plot.

In 2017 NCA officers discovered the conspirators and a Chinese handler on the continent  were planning to establish a scheme to smuggle people into the country. They hoped to pocket around £4,000 for each person brought into the UK.

After plans were made, on 31 May 2017 Charlie set off to Belgium to pick up around 10 people. However, while he was en route, the handler called it off claiming he did not want to go to Belgium because he had previously committed offences there.

In August 2017, Minister, was arrested and subsequently pleaded guilty to assisting in unlawful immigration.

After the failed attempt Corkovic, of Murray Street, Salford, and Downie, of Seedley Road, Salford, were involved in a second conspiracy to assist unlawful immigration.

They both pleaded guilty and were each jailed for seven years along with Jetlind Gjyriqi, of Approach Road, Merton, London.

Judge Elizabeth Nicholls, described Minister’s offending as “despicable” saying he was not concerned about the fate of the people being smuggled.

NCA senior investigating officer Jez Hope said: “We are doing everything possible to prevent people smuggling which is a priority threat for the National Crime Agency.

“We have knocked a hole in this organised crime group’s abilities.