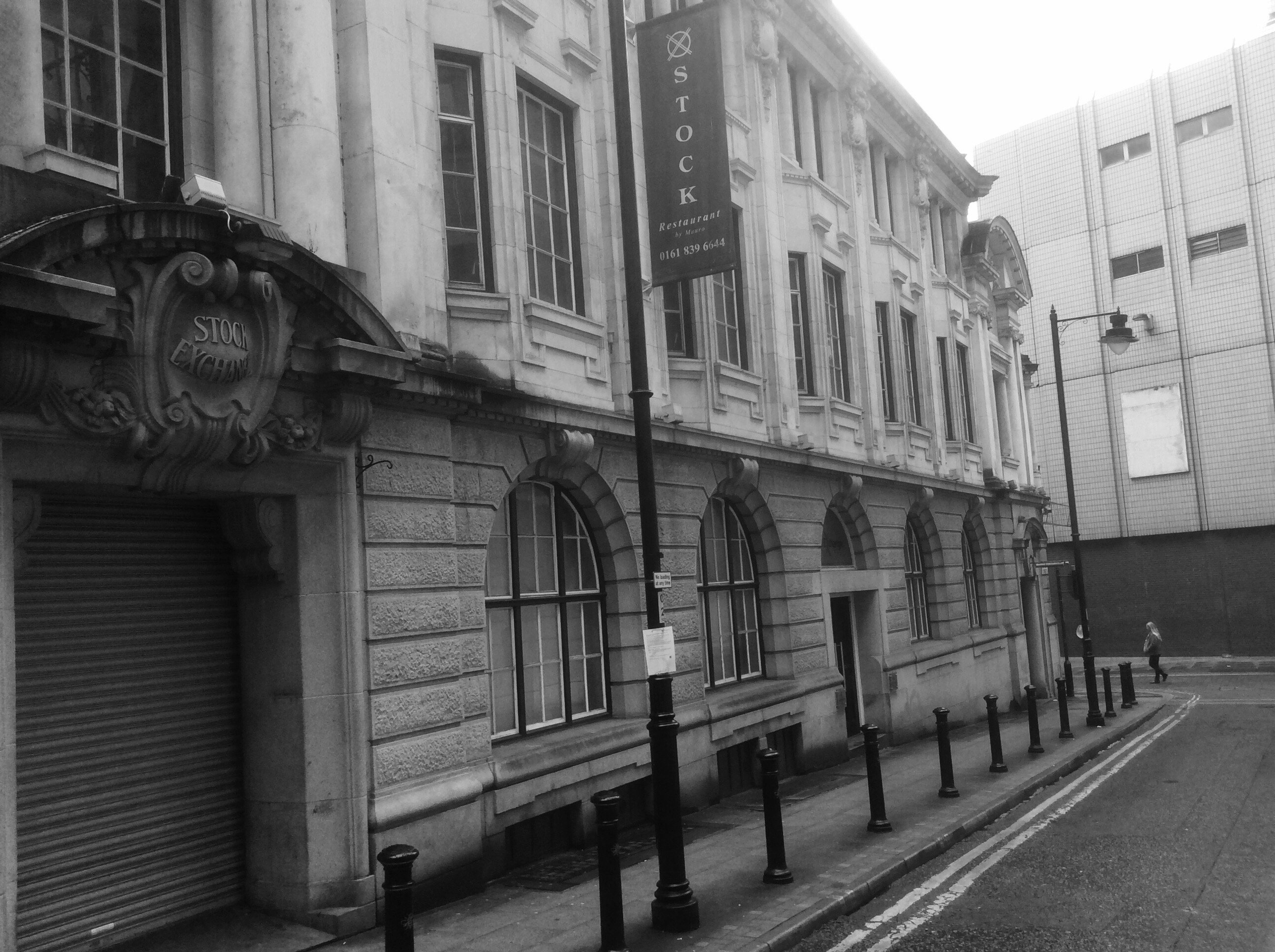 Another day, another hotel. As former footballers Gary Neville and Ryan Giggs continue to expand their property portfolio across Manchester, we take a look at the history behind the building.

It has been announced that The Grade II-listed Norfolk Street site of the former Manchester Stock Exchange is to become a thirty five bed hotel with basement gym and spa, and featuring a roof-top private members’ terrace as well as ground floor restaurant and bar.

The first regional Stock Exchanges opened in 1836 in Manchester and Liverpool, one hundred and thirty eight years after London had established what was probably the first example of an Exchange.

John Castaing began to issue “at this Office in Jonathan’s Coffee-house” a list of stock and commodity prices called “The Course of the Exchange and other things” in 1698, the earliest evidence of organised trading in marketable securities in London.

Manchester’s growing commerce at the end of the eighteenth century had attracted a certain Nathan Rothschild from Frankfurt who arrived in the town in 1798 with £20,000, and despite speaking little or no English, trebled his money in manufacturing goods.

Manchester would soon became too little for his speculative mind and an argument over the dishonouring of a bill which was made payable to him saw him leave just two years later.

It took another thirty six years before Manchester had its own official stock exchange. It’s first meeting was on the 12th May in an office, whose location has never been identified, the twenty odd members were given a room and premises at the Royal Exchange before moving to the Commercial Buildings on Cross Street.

Unofficial dealings had been going on before though with transactions taking places at Willoughby’s a famous restaurant at the time, amongst others.

It’s early days were driven by the railway boom and the need to raise capital in the North away from the rigors of London.The Manchester Guardian described it as “Joint Stock mania”. Ten years later it was only listing railway companies, although at that point there were more than five hundred of them listed, but soon insurance, minerals and manufacturers were being quoted.

The Exchange moved to Norfolk Street in 1907 to a building designed by the Bolton Architects Bradshaw, Gass and Hope at a cost of £86,000.

It’s move to Norfolk street coincided with a trebling of its business and outside of London it was the leading market for industrial shares.

It was hit by the Wall Street crash of 1929.Confusion reigned on the floor that day with it reported that two brokers at opposite ends of the floor, quoting for the same American shares 10 shillings apart.

However as with the markets in the other regional cities, it would come under the shadow of London and as finance became more global, it became more and more difficult to raise capital outside of the capital city.

In the 1960’s the market was rationalized under the umbrella of the Northern Stock Exchange and in the early 1970’s a new floor complete with the latest in computerized trading was opened.

Its days were numbered, and would soon be incorporated into the London Exchange.