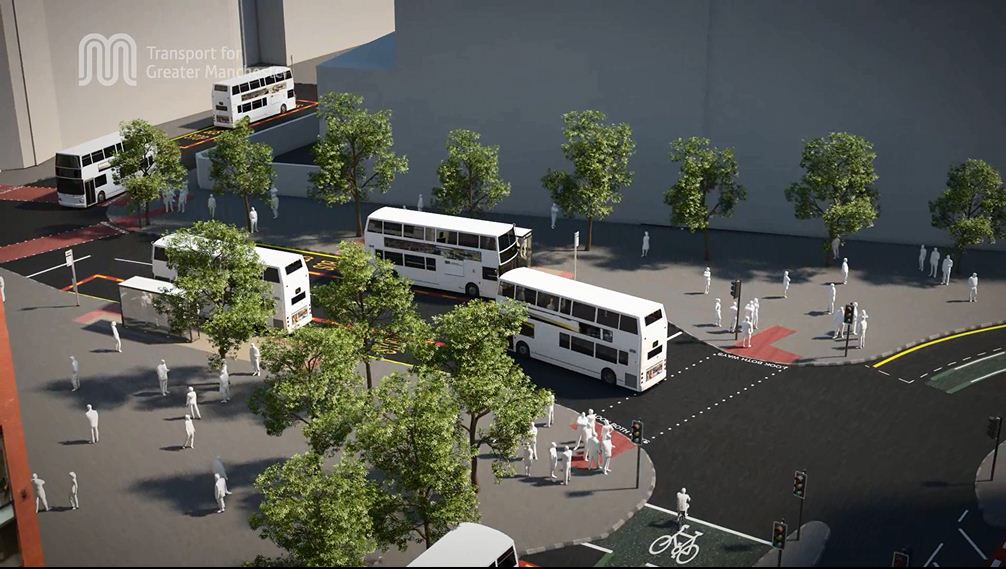 Work to improve bus travel through Manchester city centre will start this week, as part of a major scheme to future-proof the city’s transport infrastructure.

A new 3D video fly-through now takes people on a virtual journey through the city, showing improvements for bus users, cyclists, pedestrians and other road users.

Transport for Greater Manchester (TfGM) and Manchester City Council have developed the bus priority package to significantly improve the quality, punctuality and reliability of bus services on 25 miles of key routes that run through the city and across Greater Manchester.

The scheme forms part of a co-ordinated three-year programme of works, known collectively as Grow, which will enable Manchester city centre to flourish for years to come.

Between now and 2017, the city centre will see more than £1bn of investment in transport and regeneration projects – including the Metrolink Second City Crossing and Cycle City cycleways – to lay the foundations for continuing success.

Councillor Andrew Fender, Chair of the TfGM Committee said: “Around a quarter of a million journeys are made in to the city centre every day and the number of people who visit the city is growing.

“We’re working to make sure the transport network supports this growth, continuing to make Manchester a vibrant and prosperous city.

“We’re making changes so that buses can travel in to, across, and out of the city without being held up in general traffic.  This scheme will help bus passengers get to their destination in one journey, make journey times shorter and improve the reliability of travelling by bus.”

There will be some new cycle lanes and advanced cycle stop lines at signalised junctions, while some new and upgraded bus stops will be introduced to improve accessibility.

General traffic will still be able to access all areas of the city, although the route used may be different.

The city centre work is being carried out by Manchester Contracts on behalf of Manchester City Council and will be carried out in stages to minimise the impact on road users.

The first stage of work taking place this week will focus on Princess Street between Major Street and Richmond Street.

Major Street will be closed to vehicles from Monday, 16 March until May.

People can find out more about the work and speak to officers at the following drop-in sessions:

A new era and a new name for iconic Manchester tower