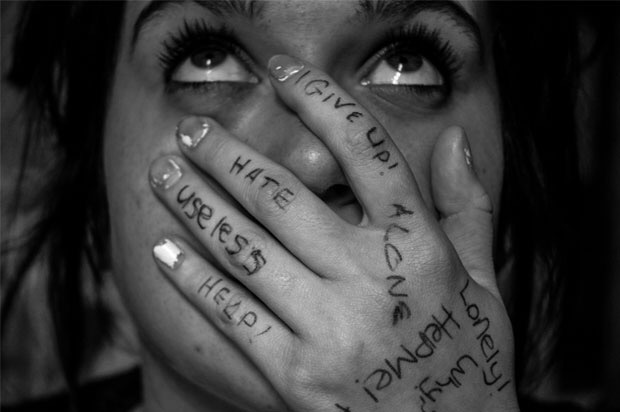 The latest figures released by University of Manchester experts show that self-harm rates in Manchester are increasing.

Data made available by the Manchester Self-Harm Project (MaSH) shows that between 2008 and 2012 the biggest increase in hospital presentations following self-harm was in men aged 35-54, though the group with the highest overall self-harm rate is still young women aged 15-24.

Local experts along with public health and NHS workers are joining forces this week to raise awareness of self-harm and the mental health issues that surround it, ahead of Self-Injury Awareness Day on Sunday 1 March.

Dr Pauline Turnball project manager of MaSH at The University of Manchester explained more about the figures and how self-harm awareness is being tackled: “It does look likely that the increase in men between 35 and 54 going to hospital following self-harm could be linked to the effects of the recession.

“These latest figures show that self-harm really is not just a teenage or female problem. Our initiative this week will be taking place on social media, in press and at local markets throughout the city to raise awareness of this important issue.”

MaSH, along with colleagues from Manchester Mental Health and Social Care Trustand Manchester City Council will be at markets throughout the week presenting their brand new “Keep Safe” leaflet, specially designed to offer advice and information about support groups and organisations available in Manchester in one convenient place.

Councillor Joanna Midgley, Manchester City Council’s Mental Health Champion, said: “It’s vitally important that people know that support is available for them when they need it most. That’s why we’re working with MaSH and the Mental Health and Social Care Trust to promote the Keep Safe campaign across the city.”

“There will be a twitter conversation taking place on Friday 27 February between 12-1pm using the hashtag #keepsafe15, with experts on hand to discuss research into self-harm, getting help, and why support and awareness are so important,” added Dr Turnball.