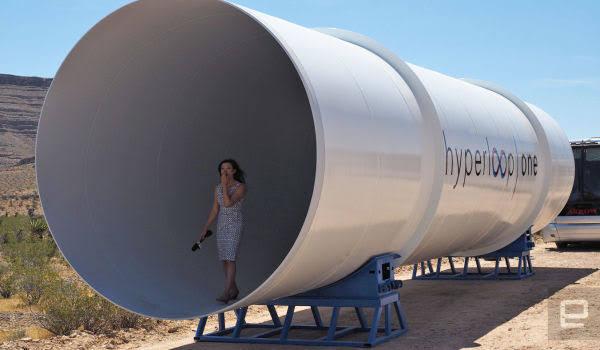 Hyperloop One, the firm hoping to build Elon Musk 760mph ‘floating pods’, has revealed a shortlist of routes in Europe and three are in UK.

The system of high speed travel sees pods travel along rails through reduced-pressure tubes at speeds of up to 760 miles per hour.

The routes were revealed along with six other proposedroutes across Europe at a meeting held in Amsterdam and will compete with routes including Corsica to Sardinia in France, Tallinn in Estonia to Helsinki in Finland, an Autobahn route in Germany, the Dutch Loop in the Netherlands, Warsaw to Wroclaw in Poland and Madrid to Tangiers in Spain.

“Our vision is to, one day, connect all of Europe with our Hyperloop One system, networking the entire Continent,” said Shervin Pishevar, co-founder and executive chairman of Hyperloop One.

Earlier this spring, Hyperloop One revealed eleven possible routes in the U.S. for its futuristic transportation system and the company has built a 500-metre test run north of Las Vegas,

By the end of the year, Hyperloop One will have a team of 500 employees tasked with bringing the technology to life.

The proposed routes would, Hyperloop says, greatly reduce passenger and cargo times across some of the continent’s “most heavily trafficked” regions.