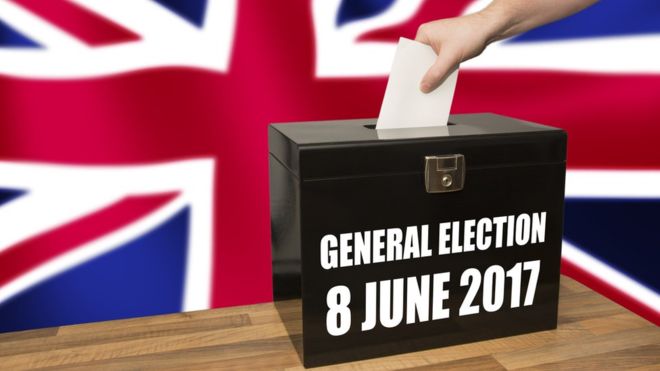 After visiting the Queen, she Theresa gave a statement outside Downing Street in which she said she ‘will now form a government’ to ‘provide certainty’ for the country.

European Council president Donald Tusk has congratulated Theresa May on her reappointment with a letter making it clear that Brexit will happen in March 2019.

The UKIP leader Paul Nuttall has announced that he is standing down with immediate effect.

William Hill now believe that it is unlikely that there will be another General Election in 2017 – offering 2/7 there is not and 5/2 there is. Meanwhile Ruth Davidson is now 4/1 to be named as the next leader of the Conservative party having been 40/1 less than a year ago.

Although the Conservatives are the largest party, they have fallen short of the 326 MPs required to achieve an absolute majority in the House of Commons.

In a night that no one would have predicted, the Tories lost 26 seats to the Labour Party and five to the Liberal Democrats.

In Greater Manchester, just one seat changed hands, Bury North was one from the Tories by Labour, James Frith beating Tory David Nuttall by more than 4,000 votes.

In Scotland it has been a bad night for the SNP, losing high-profile figures such as the deputy leader, Angus Robertson, and the former leader, Alex Salmond.

03:15 Jeremy Corbyn calls on the Prime Minister to resign as he gives his victory speech in his constituency

03:00 Lucy Powell is re elected for Manchester Central

02:50 Results now coming in from Manchester and Salford. Rebecca Long Bailey is returned for Salford and Barbara Keeley for Worsley and Eccles North.

02:40 Ivan Lewis holds Bury South for Labour and increases his majority to over five thousand

“I am glad at last the voters did not listen to the vile smears, lies and innuendo aimed at Labour, the game is up for the hard right media”

02:20 Angus Robertson SNP leader in Westminster loses his seat to the Tories in Moray on a swing of 14%

02:05 Nigel Farage tells the BBC that he will return to active politics if Brexit deal is threatened

02:00 Tory Minister Jane Ellison is defeated in Battersea, a swing of 10% to Labour and gains Stockton South where minister James Wharton is defeated

01:55 A dramatic gain for the Tories in Scotland as thy take Angus from the SNP

01:40 Labour gain the seat of Vale of Clwyd from the Tories in Wales

“An unbelievable night. Theresa May will surely have to resign. She offered nothing but doom and gloom. Jeremy & Labour offered hope”

He says Theresa May is a damaged Prime Minister

The Leigh seat is of course Andy Burnham’s old seat

00:45 Rumours that Labour have gained two important seats in the SE, Battersea and Croydon North from the Tories

00:17 Manchester councillor Mike Amesbury is said to be confident of winning the Tory held seat of Weaver Vale

“We are getting a lot of calls so just to be clear: No Coalition. No deals.”

Lab sources who knocked on doors in Bury today (2 crucial seats there) say responses were ‘dire’. They’re bowled over by exit poll. #GE2017

23:57 First result in from the south of the country Swindon South

23:55 Fourth declaration is in Newcastle East

23.30 Bury North and Bolton West are predicted to be Labour gains in the NW

Here’s me and Farmin Lord Dave at the count! #GwynningHere #GrinningHere
23:10 Houghton and Sunderland South declares

“Warning: TV exit polls in 1992 & 2015 showed Tories largest party but short of majority, but they ended up with small majorities both times”

“So far, this election looks like the revenge of the young on the old.”

10.45 NME: LABOUR LANDSLIDE AMONGST YOUNG PEOPLE AS 60% VOTE FOR CORBYN

NME’s exit poll suggests that if 18-34 year-olds were to solely decide the result of today’s general election, Jeremy Corbyn would be heading to number 10 as the next prime minister. Turnout amongst young people is anticipated to be significantly higher than that seen in 2015’s general election. A total of 56% of young people are thought to have voted, with 53% of 18-24 year-olds and 57% of the 25-34 year-olds surveyed saying they cast a vote.

10.20 Race is on for the first seat to declare, it’s a NE Derby between Sunderland and Newcastle

10.00
Exit poll predicts Tories will be the largest party but no overall majority

“I’m told by the people at councils that know these things that turnout is significantly up in Manchester and Leeds. #GE2017”

“As exit poll looms, I repeat my prediction: Conservatives to win by 90-100 seat majority. #GE17”

BookBenches heading to Manchester to inspire a city of readers