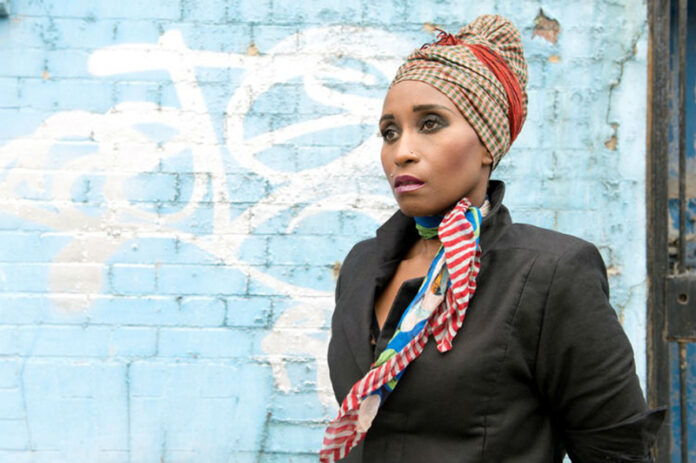 Booker, Lecturer in Creative Writing in the Manchester Writing School at Manchester Metropolitan University, wrote ‘Windrush Acoustics’ for Fly the Flag, an annual collaboration between arts organisations and human rights charities to remind us of the rights we all share.

This year, in recognition of the hardships caused by COVID-19, the campaign focuses on Article 25 of the Universal Declaration of Human Rights, the right to food, shelter, healthcare, social services and security.

On Human Rights Day (December 10), Fly the Flag launched a series of 32 specially commissioned poems, performed digitally. These will be sent to schools as part of a virtual assembly pack to provoke discussions around Article 25.

Launched in 2018 for the 70th anniversary of the Universal Declaration with a flag designed by artist and activist Ai Weiwei, Fly The Flag is an annual project to raising awareness of these rights, especially among young people, and shining a light where human rights are violated.

Booker – who recently won the prestigious Forward Prize for Best Single Poem, having been shortlisted for the same prize in 2017 – was commissioned by the theatre Fuel. Her words were accompanied by footage that she shot on a beach in Grenada, developed by Charlie Productions.

She said: “I took part in the project because Article 25 of the Universal Declaration of Human Rights seems vital during these times when it seems that our human rights are being eroded globally during COVID.”

Booker’s persona poem addresses the Windrush scandal and gives voice to someone who was wrongfully deported from Britain. As a poet of African Caribbean heritage whose parents arrived in Britain as British citizens travelling with British passports, Booker wished to share the story of those affected.

In 2018, it emerged that children who had travelled to the UK on their parents’ passports as part of the Windrush generation were often being wrongly detained, threatened with deportation, and adversely affected in employment, housing and healthcare.

Booker said: “I hope that the personal testimony of the character in my poem bears witness, raises awareness and impacts on those unaffected by this tragedy. I wanted the poem to be a powerful testimony to present day realities of the despicable actions of our government and its impact on our Caribbean elders and families.”

Booker is set to write another poem responding to the Universal Declaration as part of the Ripples of Hope Festival (May 13-16), led by the Robert F Kennedy Foundation. Manchester Metropolitan is a partner in the Festival, with the Manchester Poetry Library playing a key role in developing commissions and engagement activity with schools and communities.

A-Z of Boredom Busters to Keep you Entertained through Lockdown