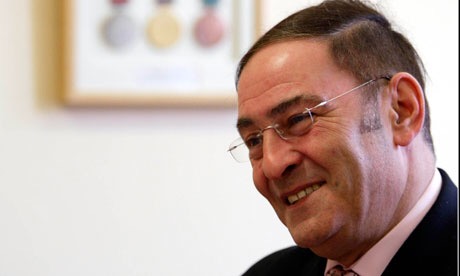 Transport and city leaders from Birmingham, Leeds, London, Greater Manchester and Sheffield have come together today to set out how transport funding reforms could transform the prospects of the UK economy.

London’s Transport Commissioner Sir Peter Hendy, Sir Howard Bernstein, Chief Executive of Manchester City Council, Geoff Inskip, Chief Executive of West Midlands transport co-ordinator Centro, and key figures from Leeds and Sheffield, have thrown their support behind a new independent report which calls for reforms that would ensure a shift in power from Whitehall, enabling the creation of jobs across the UK and economic growth for the whole country.

The report, which was commissioned by Transport for London and Transport for Greater Manchester, has been developed and delivered by leading economic consultants Volterra.

It states that the current approach to the evaluation and funding of transport projects is likely to lead to ‘damaging underinvestment’ unless it is tackled and that pay back in terms of economic growth and jobs would be optimised if the approach were changed.

Sir Howard Bernstein said: “As this report makes clear, greater devolution of transport powers is vital so that cities can better develop, fund and deliver transport improvements and fulfil their full economic potential.

“At present, the Government has a centralised system of funding with little integration at the city level. Just five per cent of taxes raised in Britain are controlled by UK cities, compared to 30 per cent in Germany and 37.5 per cent in the USA. The report states this should change.

“Changing the rules and providing cities with more economic freedom would allow new projects to get off the ground and deliver benefits far more quickly than is currently the case.”

The report goes on to state that the current system of evaluating potential transport projects wrongly assumes economic development is not connected to the development of the transport system. But, this approach was established in a period when cities were declining, whereas now it is cities that will drive future growth – with transport playing a crucial role.

It also recommends a new focus on both a project’s ability to create jobs and growth and the way it will pay back investment.

A project capable of creating economic activity will lead to more people paying fares, more people and businesses paying taxes and larger contributions from private sector developers, all of which can be used to pay back the original investment.

A project that can pay for itself through the creation of new growth is clearly different from one that cannot.