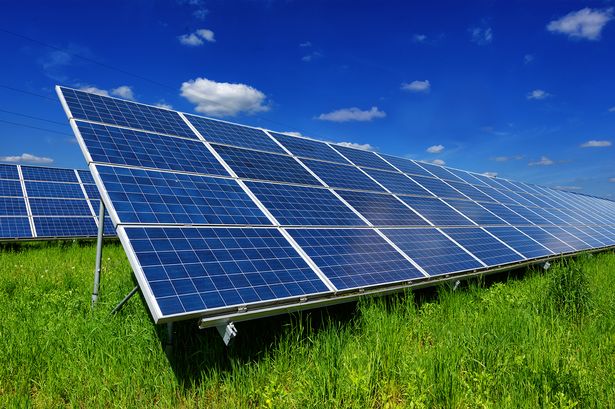 Manchester City Council could buy its own solar farm under options to be discussed by councillors later this month.

The idea is one of two options to emerge from a study into how the Council can get involved in large scale renewable energy generation as part of its wider ambitions to tackle climate change.

The Council’s Climate Change Action Plan 2020-25 sets out to halve its direct carbon emissions by 2025 in support of the city’s goal to become zero carbon by 2038. Under the plan a carbon reduction of 7,000 tonnes a year – equating to almost half of the total saving by 2025 – is being targeted through large scale renewable energy generation.

One way of achieving this, concluded the feasibility study and options appraisal carried out by public sector advice body Local Partnerships, would be for the council to buy a solar photovoltaic (PV) facility, also known as a solar farm.

The estimated budget required to purchase such a facility would be between £27m and £30m but with a lifespan of up to 40 years a solar farm, the options appraisal suggests it would represent a good return on the investment.

The study concludes that no suitable sites for the solar farm – which it is estimated would have to be 100 hectares (equivalent in size to around 150 football pitches) to generate sufficient energy to meet the Council’s full ambitions – can be found in Manchester or Greater Manchester, and the Council may need to look elsewhere in the country. The council has already maximised renewable energy generation in its own buildings, for example Wythenshawe Forum, with roof-mounted solar PV cells.

The other option identified is for the Council to negotiate a power purchase agreement, or agreements, directly with a renewable energy facility so it can be confident exactly where how its energy has been sourced.

It is being recommended that the Council adopts a twin-track approach, forming a delivery team to develop both the solar farm acquisition and power purchase agreement options. A final decision will be taken later on which option to go for to meet the Council’s carbon reduction targets, or whether the answer is a combination of the two.

This is likely to depend on whether a suitable solar farm is available for sale at the right time.

“Some people will have a chuckle at the idea that Manchester might invest in solar power generation.

“We’re famed for many things but, while our weather is actually better than its stereotypical image, wall to wall sunshine isn’t one of them.

“Climate change, though, is no joke and we are determined to ensure that we take radical steps to maximise the Council’s use of renewable energy and help meet our target of at least halving our direct emissions by 2025. We are committed to playing our full part in cutting carbon emissions and limiting the effects of climate change.”

The options will be discussed at the Environment and Climate Change scrutiny committee meeting on 14 October and the Executive meeting on 20 October.