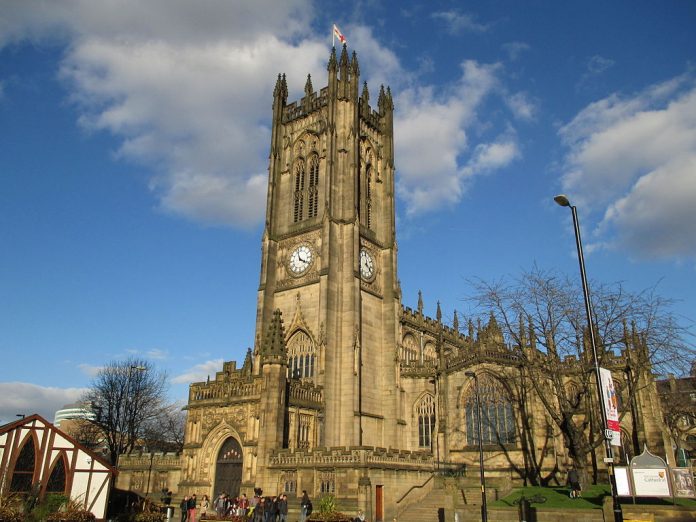 Manchester Cathedral has received £88,900 from the Heritage Lottery Fund for an exciting project, appraising a Transformational Heritage Project, in central Manchester.

Made possible from money raised by National Lottery players, the project focuses on an exploration of how the Cathedral might adapt its buildings to interpret better its heritage and reach out to its community more fully.

The fourteen- month project will use consultants to look in detail at the options for possible change to the ways in which the Cathedral, internally and externally, might function better for its staff and become more welcoming and accessible to visitors and all who visit central Manchester.   The project will include three major workshops, the third of which will be about the community use of and opinions about the Cathedral.

Manchester Cathedral sits at the heart of Manchester’s Medieval Quarter.   Founded as a collegiate church by Henry V in 1421, it became a Cathedral during the reign of Queen Victoria.  Its wonderful historic interior includes major woodwork from the 16th century, superlative stained glass windows from the 20th   and 21st centuries, and the superb Stoller Organ, newly completed and dedicated on 14 September 2017.  Its records tell many stories of exciting times and people, including a skirmish in the Civil War and relief of hardship during times of poverty and distress in the 19th century and today.

The Dean of Manchester, The Very Reverend Rogers Govender, said: “This award is a vote of confidence in the Cathedral’s ability to shape its future for the sake of the people we serve. We are deeply grateful for this opportunity to plan carefully and constructively about our long-term future”.