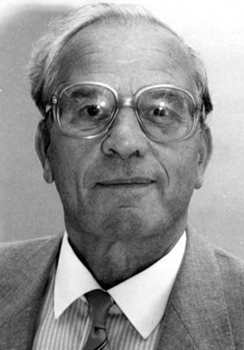 She said: “As civic mayor I am proud to be following in the footsteps of Charlie Meredith who set such a fine example, not only as a mayor but as a councillor and as a human being.

“He was the local man who wanted to do his best for his town and devoted his life to that end. He fully deserved all the honours bestowed on him.

“I know Charlie will be deeply missed in Stalybridge where he had become something of a legendary figure, but he will be missed throughout the rest of Tameside too. On behalf of the borough I would like to pass on my deepest sympathies to his family.”

Born in the old Castle Hall district, Charles Meredith was a well-known figure in Stalybridge where he worked in insurance as well as being a councillor. Everyone knew him as Charlie.

He was elected to the old Stalybridge Borough Council in 1954, not long after he finished his war service in the Royal Navy, and began by representing Millbrook ward. He later moved to Tameside Council, where he was a member from the authority’s inception in 1974 to 1982 and from 1988 to 2008.

Stalybridge was at the heart of Charlie’s life and he was immensely proud of the fact. He would often say that he ate, drank and slept the town – something he made plain in his autobiography “As I Remember” which was published 25 years ago.

Charlie Meredith was happy to promote Stalybridge in any way he could and his influence could be felt throughout the area. Among the groups and organisations he supported were Stalybridge Celtic, where he had been a director; St Paul’s Church and the Royal British Legion.

Local community groups in Manchester can apply for one-off donation of up to £1,500