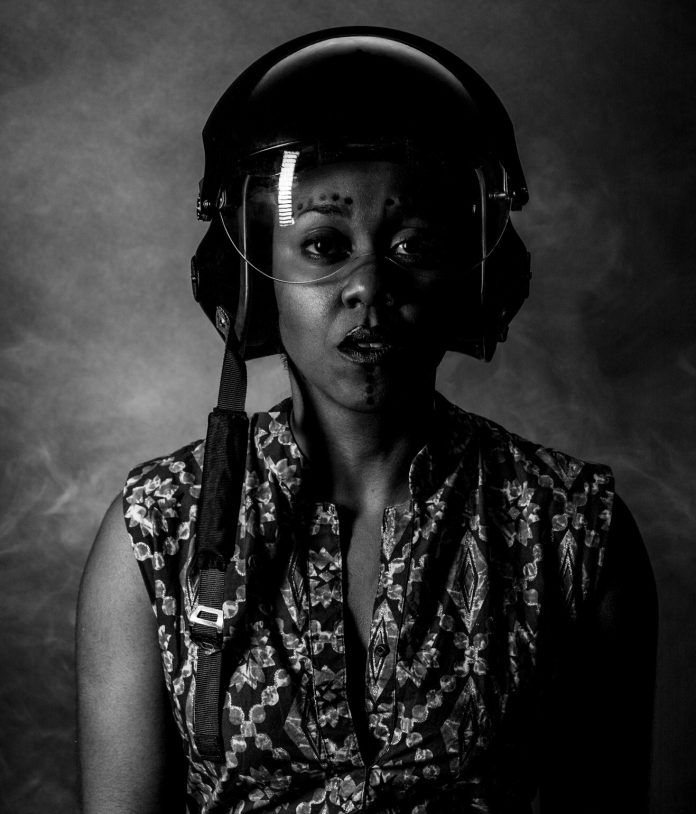 Man on the Moon is an exploration of fatherhood within the Black British experience, written and performed by Keisha Thompson and directed by Benji Reid.

Using her unconventional relationship with her father, Keisha grapples with the various influences or barriers to them understanding each other and how that has impacted her identity as a Black British female.

Keisha communicates with her reclusive dad through books, letters and symbols. But when the letters stop coming she is forced to venture into his world. This truth-infused narrative sees the protagonist follow a trail of breadcrumbs that lead her to a number of check-points: cultural displacement, religious confusions, political paranoia, misplaced masculinity and more.

With the use of poetry, looped sounds and story-telling, this piece explores the impact that mental health can have on the family dynamic, particularly within the context of the Black British experience. Prepare to jump from Manchester to the Moon as this story reaches for those answers that can often feel out of reach.

“In the last few years my work has focused on gender politics but now I’m delving into the topic of race. I want to be explicit about exploring the topic of Black Britishness. This is really important now, especially since the rhetoric around “otherness” within the British agenda is quite worrying at present.”

Keisha Thompson is a Manchester-based writer, performer and singer who has been writing since her primary school days. By age 16 she had been published in three anthologies and has supported artists such as Saul Williams, Amiri Baraka and Kate Tempest.

In 2012, Keisha wrote feminist solo show I Wish I had a Moustache which she has presented at Contact, Camden People’s Theatre, STUN and Belgrade Theatre. In 2014, she released her debut EP, Abecedarian. In 2015, she was commissioned to write a poem from Plan International’s global campaign for International Day of the Girl 2015, titled Yet. In 2016, she was commissioned by BBC Radio to represent Manchester for National Poetry Day.

Man on the Moon has been commissioned by STUN and Contact. It is supported by Apples & Snakes and by public funding through Arts Council England.

Man on the Moon takes place at Contact from Tuesday 21 – Saturday 25 November 2017, 8pm, followed by a national tour. Tickets are on sale now from Contact box office priced £13/£7 concessions in person, by phone on 0161 274 0600 or securely online at contactmcr.com.

Pan-n-Ice Pop Up at Selfridges Trafford