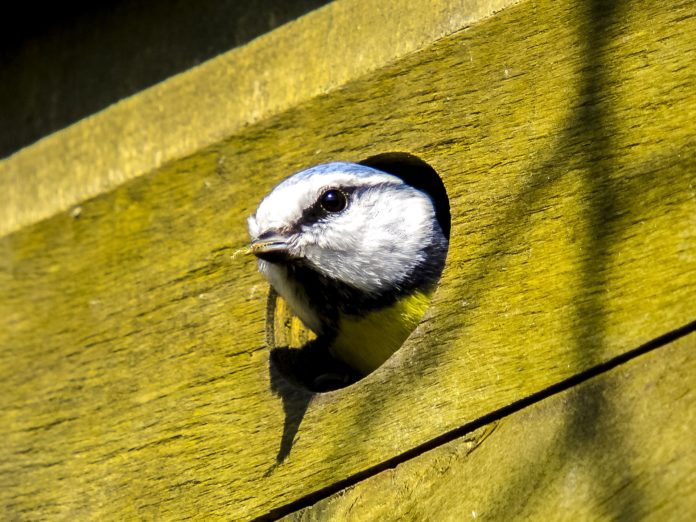 City of Trees, in partnership with the RSPB and Manchester City Council, has launched two live feeds; one from a nestbox and the other from a feeding station, to mark the official start of Spring on 20 March 2019.

The feeds, situated at Chorlton Water Park in Manchester, will showcase some of the UK’s most well-loved and recognisable birds, as well as illustrate the importance of trees, woods and green spaces in our urban areas.

The RSPB was founded at Fletcher Moss in Didsbury, Manchester and Jenny Hackland is their Mersey Valley Project Officer, who works in partnership with Manchester City Council at Chorlton Ees, Chorlton Water Park and Fletcher Moss.

Jenny said: “The Mersey Valley is a haven for nature in an urban area. It provides a really important wildlife corridor with a mosaic of varying habitats such as woodlands, grasslands  and wetlands.

“Species include willow tit, which is the fastest declining resident bird species in the UK as well as great crested grebes, herons, kestrels, bullfinches, nuthatches, sparrows and starlings.”

As part of the City of Trees movement, over 1,000 trees have been planted across The Mersey Valley area in the past few years, providing not only habitats for birds, but also sources of food and places to nest.

Beth Kelsall, City of Trees, said: “Trees and woods are the fabric of our towns and cities, benefiting both people and wildlife. It is our mission to plant a tree for every man, woman and child in Greater Manchester providing more natural habitat.

“Around a third of all woodland bird species have declined since 1974, including bullfinch, song thrush, dunnock and goldcrest – habitat loss is a big problem for our woodland birds and this makes the protection, restoration and creation of native woodland even more important.”

“Just one mature oak tree can be home to as many as 500 different species including birds, but also insects, fungi and bats. Their acorns provide food for creatures such as jays and squirrels.

There will be a wealth of information on the City of Trees website including  bird bingo and ID sheets, what trees to plant to attract wildlife into gardens as well as fun facts shared across social media.