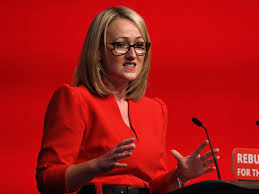 The Labour Party have pledged that the UK will be carbon neutral by the 2030’s as it sets out its fast track climate strategy.

The report, 30 by 2030, identifies four goals to transform the UK’s energy supply and use: reducing energy waste in buildings and industry,decarbonising heat; boosting renewable and low carbon electricity generation and balancing the UK’s supply and demand.

By 2030 the recommended investment in the energy sector would lead to a net benefit of £800 billion to the economy – the equivalent to the whole economy of Holland or Turkey – and create 850,000 new skilled jobs in green industry.

Upgrading housing stock has the potential to end to the fuel poverty currently affecting 2.5 million households. By 2030 these measures could mean 565,000 less cases of asthma due to reduced damp.

Replacing fossil fuels with renewable energy could result in 6,200 avoided respiratory related deaths a year by 2030 due to improved air quality. Overall, benefits to public health have the potential to save the NHS £400 million per year.

“This report makes a major contribution to Labour’s plans to kickstart a Green Industrial Revolution.

“The Labour Party has among the most ambitious climate targets in the world and is the only party turning their targets into detailed, credible plans to tackle the climate and environmental crisis.

“Inaction on climate by Conservative and Lib-Dem Coalition Governments has led to a lost decade in the race to cut emissions from our energy system. The recommendations in this report could put the UK on track for a zero-carbon energy system during the 2030’s – but only if rapid progress is made early on. The next five years are therefore crucial.

“We are working with trade unions to ensure that the changes to our energy system will be planned democratically, with the interests of workers and local communities at the heart of the transition.”

Country is ill prepared for heatwaves which could become the norm by 2040 says...