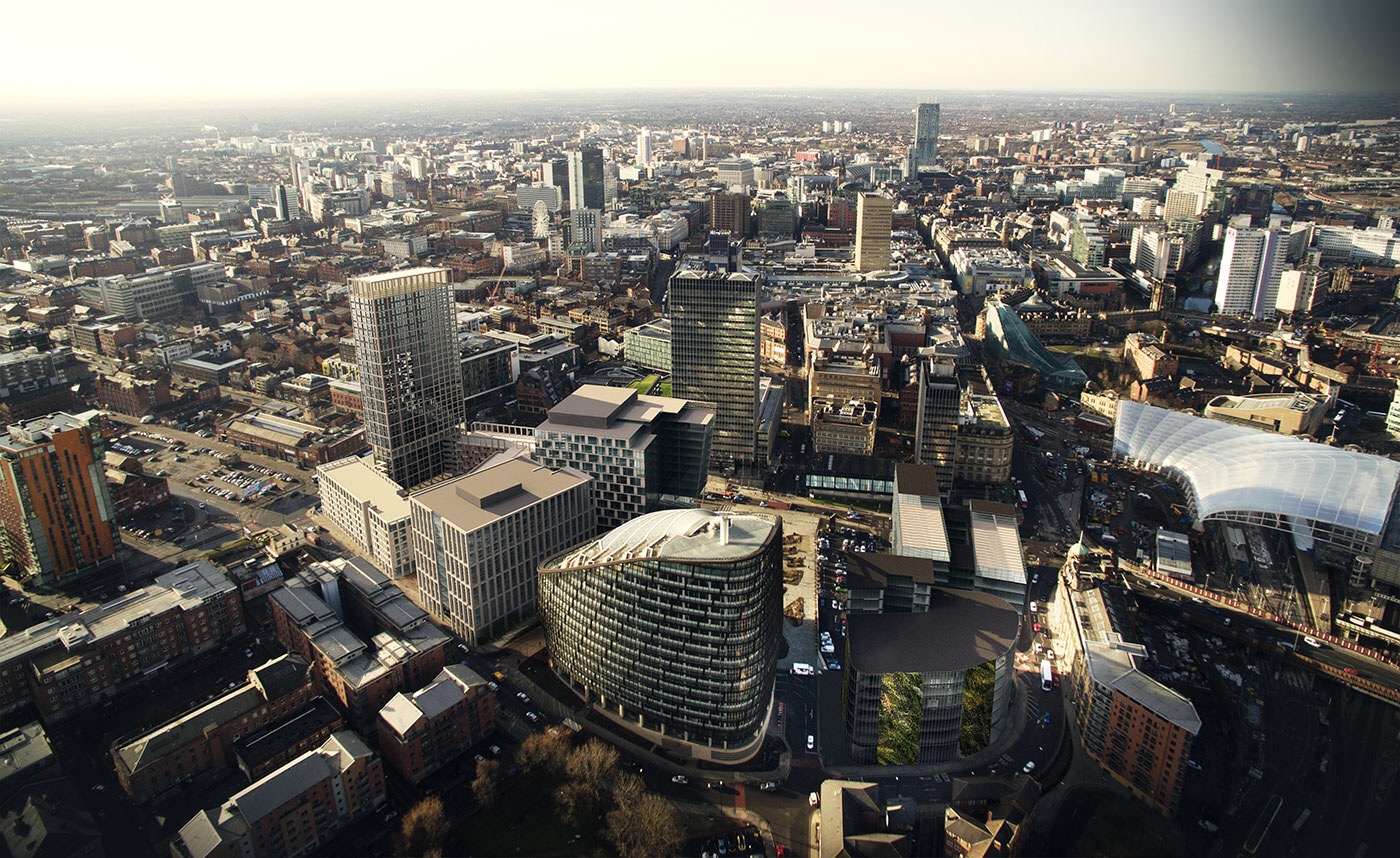 Proposals for the second stage of work at the City Centre’s NOMA development will be available to view at a public consultation event on Thursday.

2 and 3 Angel Square are the latest buildings to be unveiled in the NOMA neighbourhood.  Located in between One Angel Square and the newly consented Angel Gardens residential development, combined they will provide around 400,000 sq ft of Grade A office space.

David Pringle, Director of NOMA at The Co-operative Group, said: “Although they will be physically separate buildings with their own distinctive identities, developing the designs together will ensure that they complement each other and interact positively with the Angel Square public realm – the focal point for this part of the NOMA site.  We look forward to receiving feedback on the proposals.”

The scheme forms part of the twenty acre master plan for the centre of Manchester. Earlier this year, work began to create a public square between the CIS Tower, New Century House and Hanover, promising a mix of cafés, restaurants, bars and shops and plans are underway for the building of around 450, one, two and three bed apartments on the corner of Miller Street and Rochdale Road in the city centre.

A public exhibition where visitors will be able to view the plans in more detail and speak to members of the development team will take place on Thursday 21 May 2015, between 3:00pm and 8:00pm, at the Centre for Chinese Contemporary Art, Market Buildings, 13 Thomas Street, Manchester M4 1EU.