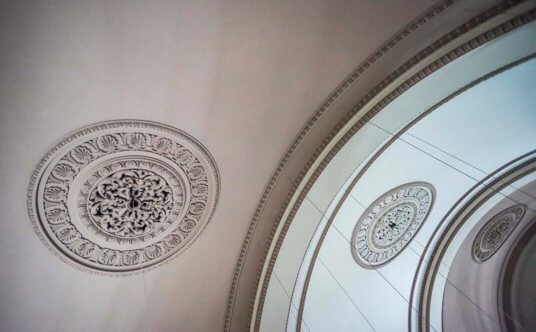 Live music, theatre and arts venue, The Met in Bury, is preparing to re-open its doors in December 2016 after a major refurbishment which has seen it improve facilities for audiences and performers alike and restore to its former grandeur, the building’s historic architecture.

Work commenced on The Met, which occupies what was once known as Derby Hall, in March 2016 following a £3.1million capital investment from Arts Council England. Prior to then, it had spent four years successfully applying for and raising money towards securing funds for the redevelopment project, which will secure its reputation as one of the biggest draws for performers and audiences alike in the North of England.

The Met began life in 1979 as Bury Metropolitan Arts Association when it took up residence in Derby Hall. Built in the late 1840s by the 13th Earl of Derby, it’s always been a building for the people; beginning its days as a Public Rooms, before being used for many years as a Town Hall and then a council building. Its impressive architecture is the work of Sydney Smirke, who also created the circular reading room at the British Museum.

The newly opened building will house new, improved and expanded studio and theatre spaces, a new bar area, additional workshop spaces, new dressing rooms and a new more accessible lift in the centre of the building. All the changes which have taken place have been designed to enhance the audience experience as well as enabling the venue to stage even more ambitious productions, attracting even more high profile artists and theatre companies.

Victoria Robinson, chief executive of The Met, says, “This has been a very challenging project, because we’ve wanted to realise our ambitions for the space and what it can offer as a cultural venue, but also to celebrate the architecture of the wonderful building that houses us. Derby Hall is a part of the fabric of Bury, which is something we are really proud of, and we believe that re-launch of The Met will help to propel the town’s identity as one of the North’s leading cultural destinations.”

At the centre of the building will be a newly commissioned art installation by internationally renowned artist, Liz West. The site-responsive piece entitled Sevenfold will play with the natural light of the space and inject vibrant colours and a sense of illusion into the magnificent entrance and staircase of the Victorian neo-classical building. Liz is from Manchester, but her work takes her all over the world and this will be the first permanent piece that she has created.

David Agnew, artistic director of The Met, comments, “It is with great excitement that we are unveiling the results of this refurbishment and restoration; the craftsmanship, creativity and vision that has been applied has been truly wonderful. From fascinating and hitherto unseen period details to the visual spectacle of Liz’s amazing installation, there is so much for visitors to enjoy. And on top of this there is the programme for 2017, building on the support of our audiences and reaching out to welcome new visitors to what is now one of the very best small venues in the country.”